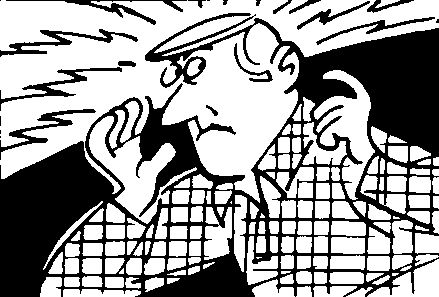 High Volume Story to Tell, or Weak Story to Hide?

Movie viewing has been enjoyed for decades. And, during this time, there have been significant improvements in films, especially related to sound and colour, making movie-going a richer experience. This post will be directed at the sound portion of movies, rather than colour processing.

Numerous accounts, anecdotal and measured, indicate that the sound volume of movies is often too loud, especially for advertisements and upcoming attractions. If so, what are some of the issues contributing to these reported high sound levels?

Unlike previous analog sound, current digital sound is said to not distort at loud volumes and can be increased to extreme levels without static, fuzziness, or distortion. In other words, making sound louder with digital is less likely to reduce sound quality. As a result, movie producers, studios, and directors are generating soundtracks at very high sound levels – levels that can be annoying, and could potentially be harmful to hearing.

What Are Movie Allowable Levels?

Prior to digital sound, analog sound had a practical (not mandated) limit of 85 dBA SPL without distortion. This tended to be related mostly to the federal Occupational Safety & Health Administration (OSHA) who require hearing protection in noisy work environments at 85 dB SPL, but its regulations do not cover theaters/theatres, where peak noise levels have been reported as high as 133.9 dBA.1 In general, cinemas are said to follow the OSHA standard, but numerous movies seem to cast doubt on the veracity of this statement.

For years, movie industry professionals accepted 85 dB SPL (about the level of a power lawn mower) as the standard for upper sound pressure levels in theaters and on dubbing stages. That standard, always difficult to enforce, seems to be virtually impossible to maintain in the digital era; it is routinely violated during audio production work on major feature films. The recent “Noah” film (perhaps the loudest ever recorded) is one of many that seem to fall into this category.2

Noise experts contend that a person can sustain permanent hearing loss from a single rock concert. Levels above 115 dB SPL are considered never safe, even for short durations, and sustained noise above 90 dB SPL can potentially damage one’s hearing. Many movies, especially those that involve action, exceed these sound levels, and several issues make it difficult for moviegoers to expect much change.

Part of the problem may be that there are no guidelines in terms of average loudness, peak, or any other level measurement of the movie itself. A procedure has been suggested to achieve proper levels by calibrating the listening environment so that it resembles the environment of the theater, providing that the equipment and expertise is available to do this. If not, then mix by ear. “If it sounds good, it is good.” Generally, the accepted levels are set by subjectively “calibrating” the sound to the environment of the theater where the film is shown. In other words, the use of subjective calibration – “How Does it Sound?”

An ironic dilemma confronts the feature film audio industry. Part of the problem has resulted from the proliferation of powerful digital audio technology used in the mixing and playback feature of sound tracks. Theater playback systems allow dramatic high-volume sound tracks to retain their sound integrity, as mixed in the studio. Some filmmakers think that if they have a high sound volume story to tell (or a weak story to hide), that a booming sound track will obscure the difference. For example, many producers, directors, and studio executives demand that sound engineers mix movie sound tracks louder than ever because theater owners are turning the volume down to satisfy customers.

The unfortunate consequence of turning down the volume to satisfy customers is that the quieter parts of the film, such as normal talking, are difficult to be heard, and whispers, are anyone’s guess. Coupled with the observation that more and more movies are being filmed in essentially dark studios (undoubtedly done to cut down on costs associated with designing elaborate sets), both sound and vision are compromised. Today one feels as if a flashlight is needed to view a movie, even when the sound can be heard.

Adding fuel to the issue are some industry audio professionals who believe that those film makers hell-bent on cranking up the volume are harming the art of sound mixing, endangering the ears of the audio professionals, and fooling themselves because few audiences will hear the sound tracks as loud as the film makers intended. The reason is because theater owners sometimes turn the volume down when the film is shown. So, mixing film sound really hot ends up self-defeating because the end-result is an unbalanced mix in the theater with dialogues sometimes inaudible.3

Why Are There No Standards?

It appears that the following issues are involved:

Because of the issues surrounding film volume levels, many sound pros are currently taking part in an informal, but growing debate over how to safely retain creative control over the mix. Contributing to the problem is that other “new” noises are making their way into audio facilities, according to Mark Curry, chief recording engineer for Hollywood-based Music Forever, an audio production and recording company.8 “Every studio has computers” says Curry. “All those machines have audible hard drives and fans and other things, unless you have wired them to a dedicated machine room. That creates lots of whines and buzzing from those machines. Sound effects are all played by Pro Tools these days, so even on the dubbing stage, they wheel computers right in. That has resulted in lots of ambient noise levels, more than ever before. That also causes filmmakers to ask you to play the tracks louder."

It appears that the issue of safe sound volume levels, the maximum sound levels for feature films, is currently in limbo. On the other hand, the direction for theatrical trailers and commercials seems to have been more focused, where filmmakers have routinely mix louder than their films for promotional reasons.

A trailer, or preview, is an advertisement or a commercial for a feature film that will be shown in the future at a movie theater. The term “trailer” comes from their having been shown originally at the end of a feature film. That practice was disbanded years ago because patrons tended to leave the theater after the film ended. But, the name has remained, even though trailers are now shown before the film.

When stereo and multi-channel digital emerged, loud trailer sound became the number one complaint in movie theaters. They were designed to be much louder than the films they preceded. For advertisements and upcoming attractions, the marketing belief is that the louder the sound, the more attention is paid and the more likely it is to be remembered – resulting in product purchase or future movie to be seen. “…the trailer will always sound louder than the feature. Even if there was a projectionist around to lower the level of this one trailer by hand, this lowering of level would take all the excitement out of the trailer and the artistic intent would not be preserved.”9, Some individuals like the loud sound (just like their boom boxes, rock concerts, etc.), and some seem to react with a “wow” factor as loud sound reaches their ears. But, because of patron complaints about the loud trailers, some theaters compensated by turning down the trailer sound volume, frequently leaving the volume at this lower setting for the feature film, resulting in much speech being too soft to be heard.

In an attempt to solve this problem, the TASA (Trailer Audio Standards Association) was created in 1999 at the request of the National Association of Theatre Owners (NATO) to address audience complaints about excessively loud trailers http://www.tasatrailers.org/whatis.html. The Ad Hoc Committee is comprised of marketing post production representatives from all the studios, as well as engineers from the digital sound companies, mixers, and independent audio experts. Unfortunately, the TASA Ad Hoc Committee and its “Standard,” are “recommendations,” and voluntary. The committee believes that the complexity of the problem is such that any solution must be tried and proven in the field. Using this procedure, the actual upper volume sound limit has been adjusted periodically as experience in the field warranted http://www.tasatrailers.org/TASAStandard.pdf.

The maximum loudness level for theatrical trailers (these can be measured with a Dolby Soundtrack Loudness Meter) are not to exceed 85 dB Leq(m), as regulated by TASA. Commercial loudness should not exceed 82 dB Leq(m), as regulated by SAWA (Screen Advertising World Association). SAWA is the worldwide trade body of screen advertising companies that have relationships with and supply services to the screen advertising industry.

Leqm defines trailer volume as a dB average over time, using a specific filter that emphasizes the mid- and upper-range sound frequencies http://www.tasatrailers.org/leqm.html. The mid-range frequencies are considered most annoying to an audience. These include sounds such as: breaking glass, shrill voices, and fingernails on a chalkboard. The filter characteristic is defined in the TASA Standard. Mid- and upper-range frequencies result in a high Leqm, but because the measurement is integrated over the entire length of the trailer, a densely paced trailer with high volume throughout will have a higher Leqm than a slower paced trailer with more quiet spaces between the high volume sections. At any given time, the TASA Standard identifies a specific Leqm number as a recommended upper volume limit for trailers in order to bring the audio level of trailers closer to the features they precede. The current upper volume limit is Leqm 85.

Leqm quantifies sound with an emphasis on the frequencies that are most annoying to audiences. So, rather than simply measuring sound volume, the standard seeks to measure annoying volume. For example, because the irritability of sounds is frequency and duration specific, the breaking of glass at 85 dB is far more irritating than a foghorn at 85 dB.

How Effective is TASA?

Prior to TASA’s 1999 implementation, excessive trailer volume was a common complaint in movie theaters. At that time, the loudest measured at Leqm93. The current upper limit is Leqm85. This reduction has occurred in stages in concert with feedback from the National Association of Theater Owners (NATO). The range between the loudest and softest trailer has dropped from 15 dB to closer to 5 dB. This makes it easier for theaters to keep trailer sound levels in line without having to adjust volume controls http://www.tasatrailers.org/effective.html. The TASA “Standard” has been adopted internationally, and by several national standards entities as a recommended practice http://www.tasatrailers.org/TASAStandard.pdf. It has been voluntarily adopted by all MPAA (Motion Picture Association of America) member studios.

Many would argue that someone might have forgotten to provide this information to theater owners. Aside from this, theaters attempt to follow OSHA regulations for loud sound. “Attempt” may be the critical word, according to some.

However, there are a growing number of individuals who complain that the sound is too loud and prefer that it be lowered http://hearinghealthmatters.org/betterhearingconsumer/2014/noah-noah-loud/. Consumers have taken active roles in addressing this issue.

One such group is the CALMS group (Cut Absurdly Loud Movie Sounds). Also, Brian McCarty, a sound engineer with 30 years experience, stated that soundtracks for movies going into theaters are set far above the suggested 85 dB level. He is chair of a committee looking into regulating movie sound levels.6

Although this post relates to theater sound levels, the same approach holds true essentially for television. Not to mention that Broadcast Television suffers from the EXACT Same problem – anyone ever notice the program they are watching is too soft, and the commercials are too loud...?