No Palm Trees in Hollywood: Hearing in the Far North of Ontario

Recently, I had the privilege of providing audiology services to children in Deer Lake and Fort Severn, in Ontario’s far north. Many of these children struggle with speech and language difficulties. Jean Kim, a speech-language pathologist serving these communities spearheaded my visit, and I am grateful for this opportunity. 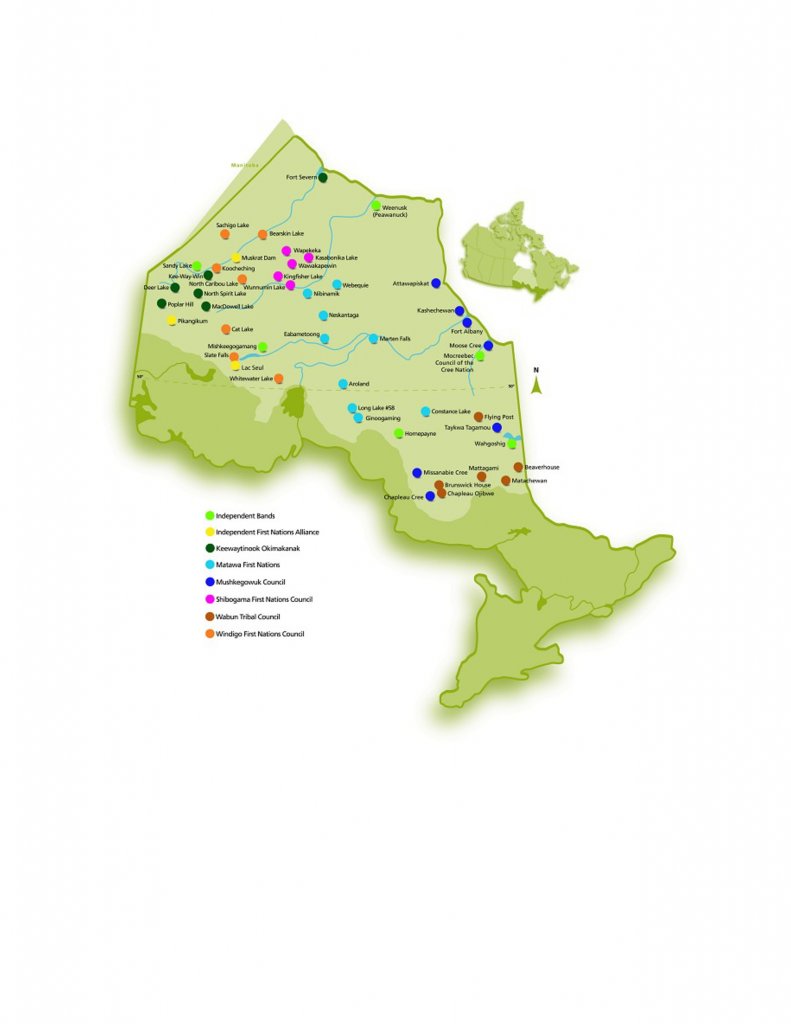 It is really important to note that I visited these areas once. This is no way qualifies me as having any great insight or knowledge of the people who live there, or of the challenges they face. What I have written reflects what was observed and measured on the children who had their hearing screened or assessed at one point in time. It is not intended, nor should it be used as scientific research data. 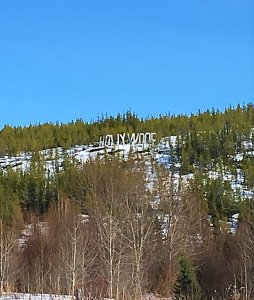 Dear Lake is an Oji-Cree reservation in north-western Ontario. Several years ago, some residents managed to hall enough lumber up a cliff overlooking the community to construct their own Hollywood sign. Apparently, the band received a lawsuit threat by Hollywood, California to remove it. Needless to say, the sign still stands.

Overall, 33% of the 107 children seen had significant middle-ear issues measured by tympanometry, and conductive hearing loss confirmed by audiometry.

Twenty-seven children were seen for audiologic assessment without being screened first. Most of these children had been flagged as suspected of having hearing related issues. Three of them were found to have a sensorineural component to their hearing loss and individual recommendations have been made for their follow-up.

Given that so many of the children have hearing related issues, classroom amplification systems have been recommended. Others professionals visiting these communities have also made this same recommendation. I am delighted to report that the school is apparently scheduled for instalment of these systems in junior classrooms in the near future.

Fort Severn is a small Cree Reservation, which is the most northern community in Ontario. It was built by the Hudson’s Bay Company in 1689. Access is by air or water in the summer, and ice roads in the winter.

I was asked to screen hearing for all children attending the Wasaho Cree Nation community school, which serves grades K–8. Services provided were similar to those provided in Deer Lake. Screenings were conducted in the Aboriginal Language office on May 31st and June 1st, 2018. Children absent or unavailable on those days were not seen.

Seventy-four children had their hearing and middle-ear function screened. Overall, 78% of them passed both tests, while 15% of them showed indications of significant middle-ear dysfunction. Three children have been positively identified as demonstrating strong likelihood of significant permanent hearing loss and individual recommendations have been made for them.

Additionally, otoacoustic emissions screenings (2000, 3000, 4000 & 5000 Hz) and tympanometry were made available to babies at the nursing station June 2nd and June 3rd. Twenty-three infants and toddlers were seen and 65% received a pass result. 35% of these children had results indicating significant middle-ear dysfunction at the time of the screen.

Babies from these communities who are born in Manitoba (it may be geographically closer for them) and not in Ontario may be missed for hearing screenings by the Ontario Infant Hearing Program. It would be important that some communication mechanism between these provinces be put into place to identify these children so that their hearing can be screened shortly after birth.

It has been known for decades that the prevalence of otitis media (OM) and otitis media with effusion (OME) in northern native communities in Canada may be up to 40 times higher than in southern urban communities1. Hearing loss, even hearing loss associated with OME can have long term negative impacts on speech, language and literacy development as well as on social development and learning. The overwhelming number of young children in these communities that are suffering from middle-ear issues cannot be ignored.

Some of the risk factors known for OM/OME are things that can be changed. Culturally sensitive education and awareness programs by people living in the community might be very beneficial. Key messages such as reducing children’s exposure to second hand smoke and proper posturing for bottle feeding could make a huge difference.

The frequent spontaneous normalization of OM/OME with time means that it can be difficult to know when to refer for otolaryngology consultation, and medical professionals are thousands of kilometres away. It is the children who do not spontaneously resolve middle-ear function for prolonged periods of time (i.e., 3–4+ months) or children with unresolved eardrum perforations that need to be referred. As such, these communities need a middle-ear follow-up program. Tympanometric testing by an S-LP or nurse in the community would help determine over time which children suffer from the more severe and chronic forms of the disease, and would most benefit from ENT consultation. This recommendation has been made to both communities.

A 2–4% rate of sensorineural hearing loss in children is not out of line with Ontario statistics, however, these children need access to follow-up audiology and amplification services. There is no quick fix. Access to service is one of the greatest audiological challenges these communities face.

Hearing related issues are not the only challenge. Ontario First Nations people, particularly those living in communities north of Sioux Lookout can face an overwhelming number of complex social and health issues such as intergenerational trauma, inadequate and overcrowded housing, poor sewage facilities, drinking water advisories, lack of access to opportunity and education, high unemployment, limited availability and high cost of healthy food, poor oral health, poor access to health care, lower life expectancies, higher rates of chronic and contagious diseases, higher rates of suicide and self-inflicted injuries, and substance abuse problems.2,3,4 There are no resident physicians in these communities and people rely on nursing stations for their health care. Once again, access to service is one of the biggest barriers. 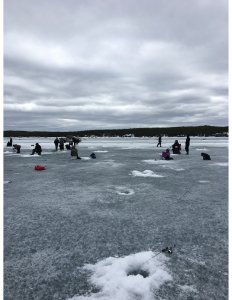 Audiology services are needed in the northern Ontario First Nations communities. Chronic middle-ear problems and their impact on the children are a significant issue. More visits by an audiologist will be needed before an understanding of the unique hearing related needs and progressive ways of managing them can be realized. Access to communication is a fundamental human right and adequate hearing health is critical in the development of spoken language. Overall, positive developmental outcomes in the children will require significant improvements to the social and health conditions that are their reality. We can do better, Canada.