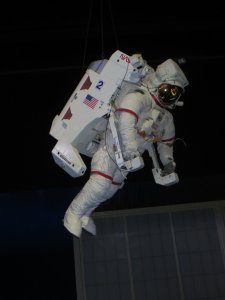 As we all know, hearing loops are old technology. So is the wheel. For years, we’ve been told that personal jet-packs and flying cars are just around the corner. And for about the same amount of time, we’ve been told that reliable Bluetooth broadcasting is just around the corner to create a new standard for assistive listening. Have you seen either? I’m still waiting… Are we halting the manufacturing of wheels today because 5 or 10 years into the future, magnetic levitation might challenge the status quo? Then why are we skeptical about integrating the only globally universal open standard for hearing access that coincidentally offers the highest level of convenience for the user, virtually non-existent latency, and extremely low power consumption? Hearing loops are needed and viable more than ever before.

“Hearing loop technology isn’t perfect,” you might say. Well, are hearing aids? How else can you achieve an increased signal-to-noise ratio of sometimes more than 20 dB? Not with noise reduction algorithms. Not with directional microphones. As Marshall Chasin wrote a few years ago, “Killion had it all figured out in 1988.” (https://bit.ly/2r7mPpm) And he’s absolutely right. A lot of us have been frustrated with the lack of recent innovation in the hearing aid industry. While the ultimate goal should be to improve an individual’s hearing ability, particularly to hear clearly in noise, we now see smart home connectivity, usage tracking and behavioural analysis, smartphone apps, remote care, and rechargeable batteries touted as revolutionary features. When you study Mead Killion’s K-AMP paper from 1993 (https://bit.ly/2ShY4CE) – and if you’ve never looked at it before, I strongly encourage you to read the whole thing – it becomes rather obvious why the industry seems to have hit a ceiling. We have physics working against us.

Nobody’s Perfect. But We Can Get Pretty Close…

There are exactly two routes to a dramatically increased signal-to-noise ratio when trying to separate the voice of one talker (signal) from the voices of multiple other talkers (noise that looks like signal). The first route is to leverage artificial intelligence and identify each individual talker to then separate their voices in real-time. In essence, this is what IBM Watson launched for their speech-to-text platform less than two years ago (https://ibm.co/2TPzOt9) and of course, it doesn’t work for people speaking simultaneously (yet). The second route is to improve microphone placement. Most of us are familiar with ReSound’s Microphone-in-Helix. Fewer of us are familiar with ExSilent’s “MaRiC” approach (https://bit.ly/2Shqehc), where both the microphone and the receiver are placed inside the ear canal. But you’re thinking inside the “hearing aid box” again… If you explained to any live sound engineer what the hearing aid industry has been trying to accomplish, they’d just be shaking their heads. They will all tell you that the microphone belongs close to the sound source, not on top of an ear 30 foot or more away from what you’re trying to hear. Remote microphones are a step in the right direction, but how about we all share the much better microphones that the presenters or musicians on stage are already using?

Back to “hearing loop technology isn’t perfect.” The common criticisms and limitations of hearing loop technology are (1) cross-talk between systems in adjacent spaces, such as movie theatres, (2) electromagnetic interference (EMI) from electrical mains wiring, and (3) sensitivity to the direction of the pickup coil. The first issue can easily be solved by designing a low-spill array or by employing cancellation loops (https://bit.ly/2zss8o9). The EMI issue has been solved very elegantly by Steve Julstrom even in the analog domain (http://bit.ly/2Q3d4I0). And the third issue is easily overcome by utilizing a tri-axial telecoil pickup as proposed by Tim Riehle (http://bit.ly/2P3OX6r).

[[[Footnote: Of course, I am fully aware that it is essentially impossible to convince any hearing aid manufacturer to free up the required physical space and to dedicate 3 ADC channels to telecoils, but if you want to do all of us a huge favour, try to convince the manufacturers to at least implement a decent hum filter. It doesn’t require much processing capacity but makes a significant difference for the consumer.]]]

Now contrast that with the challenges of other technologies conceivable for assistive listening: Connectivity issues, audio latency and drop-outs, and most importantly, the lack of universal compatibility with hearing aids and cochlear implants across all manufacturers. We get to pick between a poor listening experience that’s easy for the venue to implement or an exceptional listening experience that requires a little bit of engineering skill. Which would you prefer?

Thinking Outside the Box 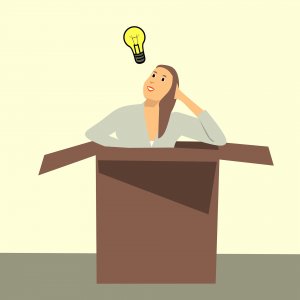 I’d like you to think completely outside of the “hearing aid box” for a minute. Think of a live concert. Think of the artists on stage. How do they hear their mix? In 1987, Stevie Wonder became the first musician to ever perform using wireless in-ear-monitors. It allowed him to move around the stage freely, adjust the volume to his liking without any impact of extraneous noises, and most importantly – and this is not a joke – his sound engineer could speak to him directly and make sure Stevie wouldn’t fall off the stage.

Let’s take a step back and think of your listening experience at the same show, say in an arena with 20,000 people in the audience, and contrast that with listening to a vinyl record with high-end headphones at home. You can’t even compare the two. So, why aren’t we bringing wireless in-ear-monitoring to the audience? Rather than being isolated with headphones in your home, we could make high-fidelity music listening a shared experience. 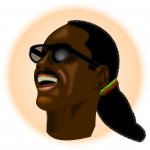 With hearing loop technology and what we call “hearing aids” we can do exactly that. Whether it’s an open-fit RIC or a custom ITE, all that matters is that it has a telecoil. Add a smartphone app with user-customizable microphone/t-coil mix, volume control, equalization, and enough reserve gain to combat the 110 dB SPL from the loudspeakers (which hopefully we’ll be able to eliminate in the long run), and you have a winning combo.

Music to my Ears

Fast forward to 2018 and the world of Dolby Atmos (http://bit.ly/2PXP4pj). With this new object-based audio format, we can explode sound into the space around you. Each individual audio source has spatial coordinates attached to it and can be rendered out for your specific room and loudspeaker setup or headphones. Dolby Atmos for Music is now available in a select few night clubs and DJs produce music that is literally flying around the audience. Last year, the Beatles album “Sgt. Pepper’s Lonely Hearts Club Band” was released with a new Dolby Atmos mix and you can get a sense of what it’s like here (http://bit.ly/2rgDgQB). Listen to it with headphones and pay attention to every nuance you can hear in the 6-minute clip. Then think of this quote from one of our happy hearing loop users: “I literally couldn't believe my ears. I heard David Crosby’s pick against the guitar strings, his swallowing before the next verse. The depth of the sound was truly overwhelming.”

You think hearing loops are dead? I think they’re just reaching puberty. The installation base is growing rapidly where users are advocating for the technology and we’re seeing more and more “non-traditional” applications that aren’t just limited to speech. What are the problems we have yet to solve? First, the lack of stereo capability, which isn’t all that difficult to do. It just hasn’t been a priority for anyone. Second, we need to get people to understand that hearing loops aren’t just for those with hearing disabilities. They are for everyone. We have a much greater need to change perceptions and attitudes than to change technology. We already have the right tools. We just need to use them properly.

We have an opportunity to bring a dramatically improved signal-to-noise ratio to any attendee of a theatre play, worship, a lecture, a professional conference, or a rock concert in a much healthier and fully customizable way. We can go beyond stereo sound and create fully immersive listening experiences. We can let people hear sound the way it was meant to be heard, sound that is true to our ears. But we are dramatically underutilizing the technology we have available today; a technology that has the potential to completely transform the way all of us experience sound in our daily lives.

You may say I’m a dreamer, but I’m not the only one…