Celebrating the Career of Alan Moore 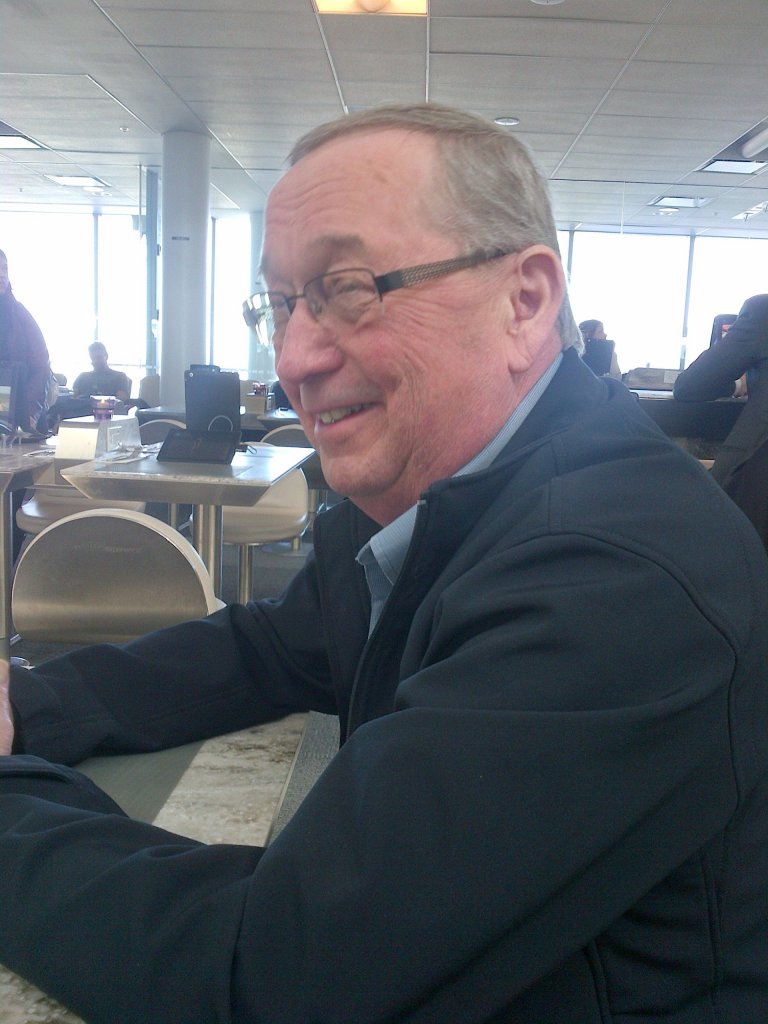 I still have my 1981 Canada Night tee shirt someplace in a box or shoved at the back of a drawer. And I have a vague recollection (it’s been almost 35 years) that Alan wore a beaver’s head hat or perhaps some other hat with horns or antlers, as he welcomed Canadians at the door of his annual parties, providing them with a tee shirt, a hat, and sometimes a Canada Night/Dahlberg cork screw. (Yes, we audiologists occasionally drank back then…). 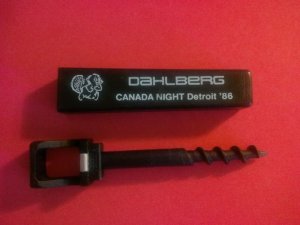 I first met Al when he came to work for Unitron as Canadian sales manager about 1974. The years that followed were good ones for Unitron and for our friendship. I left Unitron in 1977 but still kept in touch with Al at regular pizza appreciation meetings with former Unitron employees, Dave Hogg and Klaus Woerner, known collectively as the ex-Unitron Guys (XUG).

When Dahlberg was looking to expand into Canada, I was only too happy to recommend Al for the job and he was more than up to the task, building Dahlberg Sciences into a major player in the Canadian market, then transitioning it to Bernafon when the parent company was sold.

When I started Etymonic Design with Jim Jonkman, it was Al who helped us land a major design contract with Dahlberg in the USA and that, in turn, kept us afloat and allowed us to develop the Audioscan RM500 Real-Ear hearing Aid Analyzer. And it was Al who suggested we build it into a briefcase and Al who looked at our first designs and said “none of my customers could use that.” Al’s mantra was “keep it simple,” although he had a more colourful way of putting it, and we did not stop designing until we could find no more buttons to eliminate. When we were designing the Verifit, it was Al who suggested putting two speakers in the test box and providing two real-ear probes and a dual screen display. And it was Al’s sales team that, year after year, sold 3 times as many Audioscan RM500s and Verifits per capita as any other distributor in the world.

Al has been a most generous friend and colleague. He has always treated customers, suppliers, and competitors with honesty and respect and has given freely of his time and energy to grow and improve our field.

You’re One of Al’s Girls… 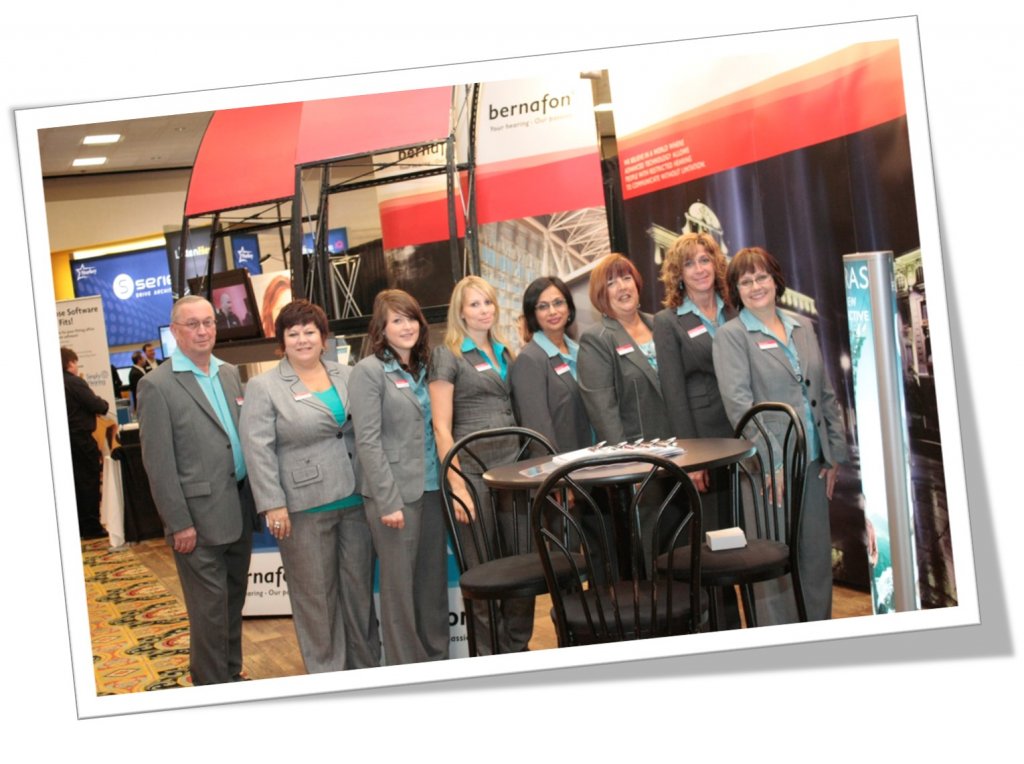 As young professional woman in the early years, this was not something you would expect to hear, nor would you want to! But it was never meant as a put down or derogatory comment, it was simply an acknowledgment that you were, well “One of Al’s Girls.”

When you are One of Al’s Girls you are part of a very eclectic group. We include company presidents(2 or 3), business owners, audiologists, and hearing instrument specialists, former students and many other’s whom Al has influenced over the years. Al spent and spends a portion of his morning on the phone or wandering over to catch up with everyone. One thing that links us all together is knowing that Al will always provide advice, counselling or a sounding board when we need one. Sometimes it is not what we want to hear, but it is always thoughtful and honest.

Al has certainly heard more lady stuff than any man ever should! He once said that working in a building with 50 women meant that at least one of them was crying every day. If it was you, you could always count on an awkward shoulder pat or a good hug. Al could always be counted on for moral support. He has also been a business mentor and cheerleader, taking pleasure in the success of others and certainly supporting women in business, long before it was commonplace.

Being One of Al’s Girls made us very lucky. It was an instant entrée to be accepted in the industry and also made us the envy of the other reps. He might be the company president but that never stopped him from pitching in and helping at conferences and at the office. Al was always modest about that too, new people in the industry who met him were often surprised to find out he was the president, he was unlikely to introduce himself that way. We were a team and being part of team meant that everyone does their part.

When Al retires he is leaving a legacy that I hope he is proud of. He leaves behind many” Al’s Girls” both within the company and outside. A group of diverse women (as well as quite a few men), who have taken his advice and mentoring and used it to help them in their own lives and careers.

Some Thoughts on Alan Moore

It's 1987 and I am getting married. Alan Moore attends as a guest with Debbie Frye and distinguishes himself by making corsages from wild flowers for the moms and a few other important guests... I don't really remember him asking if we needed corsages, a detail I had clearly neglected – he saw a need and he addressed it...perfectly. Our moms were thrilled.

This is a small example of Alan stepping in to do his best whenever he saw a need. This is not a skill that most technically gifted wizard managers have, but Alan is not "most" people in any sense of the word.

Making hearing aids requires technical knowledge and precision, engineering design skills, knowledge of people, aging, ergonomics, and much more. Alan managed a very exacting and precise business since 1978 when he joined Dahlberg, and always kept the human side of hearing aids alive and in mind. His uncanny ability to manage people showed in the way his staff of over 90, dealt with all of us- the demanding grumpy audiologists and hearing aid dispensers (tell me I was not the only one) kept coming back to Alan's business because they were so very good at what they do – figuring out how to help while smiling over the phone.

Alan hired and trained the best people and kept them...a feat few employers achieve in this field. Even when staffers left, they had only good things to say about Alan. Debbie Frye remembers how Alan loved eating chicken wings – the hotter the better-and how he kept close ties with his hearing aid providers.

Early on, Alan recognized the importance of keeping the front-line service providers up to date and found ways to entice us to come to educational meetings including financial support for attending conferences and focus groups to find out how best to interface with the people fitting aids. Never afraid to ask the tough questions, Alan was involved in many meetings to ensure standards were met and that patients had reasonable access to hearing aids. In the 1980s Al and Bill Cole became founding members of the Canadian Auditory Equipment Association, established to ensure standards in hearing aid production and distribution. Alan was president of CAEA for 6 years and acted as government liaison during the tough ADP start up years.

Later (mid 90s) Alan helped develop the George Brown College program for dispensers and he has continued to be very involved with education of hearing aid providers. He is presently on the advisory committee at Conestoga College where the Alan Moore award for most improved student, is given to honour his many years of service.

My own experience of Alan has been one of absolute reliance on his honest nature, his love of life, his wry sense of humour and his quest to keep learning and developing while remembering to have fun. And he made some terrific choices in life like marrying the lovely and talented Leslie and raising 2 incredible sons.

Everyone deserves to retire but the hearing aid industry and all the providers are going to miss Alan Moore. 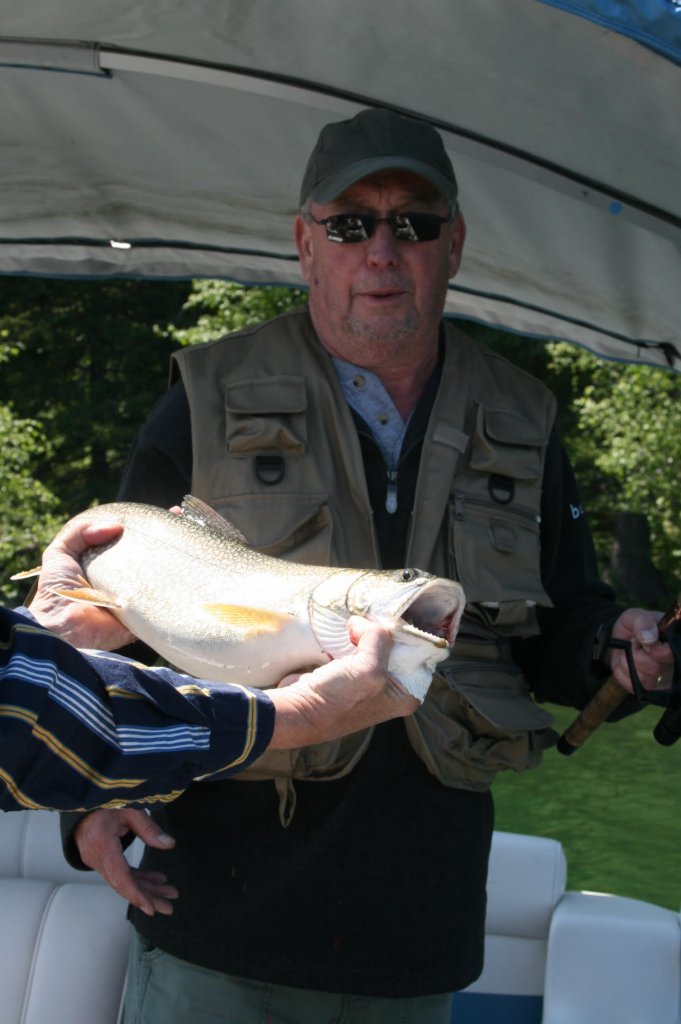