The Biggest Paradox in Audiology

What would that be, the biggest paradox in audiology? There are quite a few to choose from, but here is my number one pick: sound coming out of the ears! Yes, that was the unlikely (at the time) suggestion from David Kemp 40 years ago when he first published on otoacoustic emissions. His first major paper was published in 1978, so this is the 40th anniversary.1 (Kemp, DT (1978) Stimulated acoustic emissions from within the human auditory system. JASA 64:1386-1391). 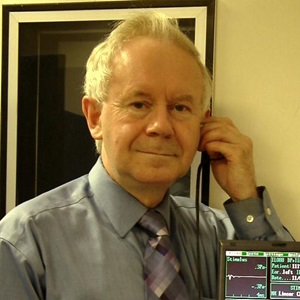 Seasoned audiologists might remember that, at the time, that these emission sounds were dubbed “the Kemp echo” which was a little confusing because it implied that otoacoustic emissions were simply some reflection of acoustic signals from the tympanic membrane or the ossicular chain. But David Kemp was asserting that the cochlear haircells were generating the mechanical events that resulted in acoustic signals recorded in the ear canal. There was more than a little skepticism over this paradoxical notion of the ear generating sounds, and many attempts to seek alternative mechanisms. However, it soon became clear that electro-mechanical activity of outer haircells was responsible for otoacoustic emissions.

Kemp’s discovery of OAEs did not come out of the blue, but rather followed on from some theoretical predictions made by Thomas Gold (1920-2004; Professor of Astronomy and Biophysics at Universities of Cambridge, Harvard and Cornell). He had suggested that electrical energy generated in the cochlea would also result in a mechanical signal. Kemp (1945 – Professor at the University College of London) proved him correct, and went on to describe transient evoked and distortion product emissions as well as exploring spontaneous OAEs. 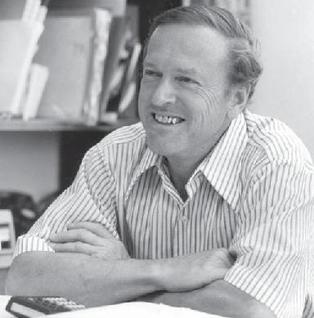 Fast forward to today. OAE measurement has become an important clinical and research tool to probe cochlear function. I have noted over two dozen of my own research studies involving otoacoustic emission measurements. Not only can OAEs be used to monitor outer haircell integrity, but ipsilateral and contralateral OAE suppression can test some aspects of auditory brainstem function. However, clinically I do not feel that the full potential of OAE tests has been reached. I wonder how many audiologists reading this column have ever used this tool in the clinic? Of course, in pediatric audiology it is more likely that OAEs will be used, and indeed it could be claimed that with newborn hearing screening, OAEs testing is more commonly used than the standard behavioural audiogram!

As with many potentially useful clinical measures in audiology, the adoption of the tests is hampered by a variety of factors. For example, is the equipment available? Can the system be billed for this testing? Is the OAE test result of any benefit for the end goal of the audiological assessment? My personal opinion is that this is a tool that allows a peek at one of the most important mechanisms in the hearing, the cochlear amplifier. It also has an important potential role in defining sub-types of SNHL, and in detecting functional deficits in the olivo-cochlear efferent pathways. Whatever the future value of OAE testing in audiology, the measure has already proven its worth in the millions of newborn babies (world-wide) screened for potential hearing loss.