Following are a selection of interesting news items from our field. This section will be updated on a continuous basis so check back often in between issues, to see what is new.

So, You Think You Can Clap to the Beat? Beat-Deafness Better Explained By Research

Bobbing your head, tapping your heel, or clapping along with the music is a natural response for most people, but what about those who can’t keep a beat? Researchers have discovered that beat-deafness, though very rare, is a problem not simply of how people feel a pulse or move their bodies, but instead, how people synchronize with sounds they hear.

Auguste Majkowski, age 3, is the first child in Quebec to receive a surgically implanted hearing device into his brain stem from a trial funded by the U.S. government. He is missing the auditory nerves or wires that carry sound from the ear to the brain, a condition which renders hearing aids and cochlear implants useless. However, Auguste is now able to hear sound thanks to the experimental auditory brain stem implant (ABI), though his parents haven’t seen significant changes to his day-to-date life to date.

The Hearing Aid Chair Fit For A King

As part of an international disability festival currently underway in Liverpool, the U.K., a new exhibition is displaying a 19th-century chair that doubles as a hearing aid. The chair is believed to be one of the first of its kind and is an exact replica of an acoustic chair designed by craftsman Frederick Rein in 1819 for King John VI (who ruled over the United Kingdom of Portugal, Brazil and the Algarve for a short while). Although acoustic chairs never really became mainstream, the benches in the U.K.’s House of Commons use a similar method to help MPs follow discussions while seated.

Is it possible that hearing loss in one infant from a pair of twins can affect the mother’s speech to both infants? A new acoustics study zeroes in on this question and suggests that not only is this alteration of speech entirely possible, but that mothers speak to both infants as if they are hearing impaired.

“During the course of a year, at three intervals, we recorded the mothers’ speech in the laboratory while they played with their child as they normally would do at home using quiet toys,” said Kondaurova. Mothers’ speech to an adult experimenter was also recorded during the first session.

“We discovered that mothers used lower pitch and more variable intonation with a larger pitch range while speaking to the normal-hearing as compared to hearing-impaired twin pairs,” Kondaurova said. “Mothers produced more syllables, and used a faster speaking rate and longer sentence duration in speech to normal-hearing twins compared to the other two pairs.”

These new findings will help enhance our understanding of how a child’s hearing loss may disrupt the natural reciprocal pattern of communication in mother-infant dyads when both the family environment and genetic makeup of children are controlled,

The study’s key message is that “an infant’s hearing loss affects not only the infant but also the caregiver’s language behavior, which is an important environmental variable that contributes to infant linguistic and cognitive development,” she added.

When Hearing Aid Users Listen to Music, Less is More

The type of sound processing that modern hearings aids provide to make speech more understandable for wearers may also make music enjoyment more difficult, according to a new study. The findings suggest that less sophisticated hearing aids might actually be more compatible with listening to music, especially recorded music that has itself been processed to change the way it sounds. 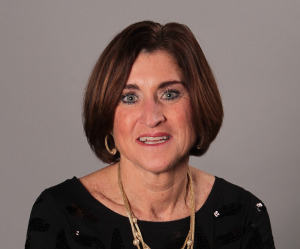 Widex is pleased to announce the appointment of Michelle Ummels as new General Manager of Widex Canada effective September 30, 2014.

Michelle comes from a position as Vice President for Sales and Marketing at ALCON CANADA, and has previously held positions at Invacare, Picker International and MDS Health Group. With more than 20 years of experience from the North American medical industry, she has achieved outstanding results in fostering growth and developing customer relations.

With an MBA from the University of Toronto and a Bachelor of Science (Honours) from the University of Waterloo, Michelle is an experienced manager with great leadership skills. She will work with the Widex Canada team to ensure that Widex continues to provide some of the industry's finest products, services and support and take Widex partnerships in Canada to the next level.

Michelle takes over from Carl DeCoste, who will be seeking new challenges outside Widex. We take this opportunity to thank Carl for his valuable contribution and wish him the very best for the future.

You will have the opportunity to meet Michelle in the coming months at regional conferences.

Source: The American Academy of Otolaryngology-Head and Neck Surgery

The American Academy of Otolaryngology—Head and Neck Surgery Foundation has released the first ever multi-disciplinary, evidence-based clinical practice guideline to improve the diagnosis and management of tinnitus, the perception of sound—often ringing—without an external sound source. The guideline was published today in the journal Otolaryngology–Head and Neck Surgery.

According to a study published recently in the American Journal of Clinical Nutrition, women who eat fish regularly have a lower risk of developing hearing loss than those who rarely or never eat fish.

Listening to Preferred Style of Music Can Stimulate the Brain, Study Finds

The brain reacts to a person's favourite song the same way, regardless of the genre of music, a finding that amazed researchers due to the wide range of musical preferences. Scanning the brains of volunteers as they listened to various pieces of music, researchers found that the brain's default mode network was activated by the volunteer's preferred genre of music and deactivated when listening to music they disliked. "These findings may explain why comparable emotional and mental states can be experienced by people listening to music that differs as widely as Beethoven and Eminem," the authors write in the study published in Scientific Reports.