Dangers of Hearing Loss from Earbud Use Highlighted on National TV

Originally posted at HHTM On September 24, 2015. Reprinted with permission. 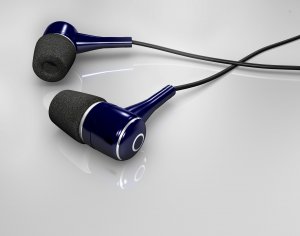 NEW YORK — NBC’s Today Show, a staple of morning television for more than 60 years, recently featured a segment on the increase in noise-induced hearing loss among children and young adults using earbuds.

The segment mentioned a February, 2015 World Health Organization (WHO) warning that more than 1.1 billion teens and young adults are at-risk for permanent hearing loss due to portable stereo use and other forms of recreational noise exposure.

During the 4½ minute segment, several students agreed to have their listening levels measured while using portable listening devices (PLDs). Intensity levels tested ranged from safe (80 dBA for one user) to dangerous listening levels for all other PLD users (87 to 105 dBA). The students were then educated on levels that assured safe listening.

Dr. Brian Fligor and Dr. Sandra Levey conducted the research. Dr. Fligor has focused on noise-induced hearing loss (NIHL) and Dr. Levey, professor at Lehman College in the Department of Speech-Language-Hearing Sciences, has focused on the language effects of NIHL.

The listening levels of 189 PLD users on the Lehman College campus were measured prior to the NBC segment.  They found 58% of the participants listened at dangerous levels (93 dBA).

The listening levels of 160 PLD users on the Lehman college campus and in Union Square in New York City were also measured.  Similar results were obtained at both locations, with 62% listening at dangerous levels (95 dBA), both in the presence of loud traffic noise in the New York City location and in a context on a quiet campus.

In view of these findings, Dr. Levey emphasized, “The onset and progress of NIHL is insidious, with the listener unaware of the gradual loss of hearing abilities.”

The Today Show segment dovetails with an April, 2014 JASA[1] report that revealed nerve synapses may be more vulnerable to damage than hair cells within the inner ear[2].

When young animals were exposed to loud noise, even just once, they had accelerated hearing loss later in life.

Their research suggests neural degeneration is an important contributor to the handicapping condition of sensorineural hearing loss, and noise exposure guidelines should be re-evaluated, as the traditional pure tone audiogram may not be the most sensitive measure of noise damage.

Journal of the Acoustical Society of America

Within the inner ear (cochlea), there are thousands of tiny sensory cells called stereocilia–hair cells. These hair cells change the acoustic vibrations into electrical signals which are then sent to the brain via the auditory nerve.↵