Originally posted at HHTM On October 22, 2013. Reprinted with permission

It seems that young parents are at least protecting their children from high stadium noise levels.  Most spectators and concert attendees are not as lucky as the son of New Orleans Saints quarterback Drew Brees at the Super Bowl or Gweneth Paltrow’s daughter at the Live 8 concert.  Most of us on our way to the ballgame are thinking hot dogs and beer and not about wearing earplugs, no matter the type. 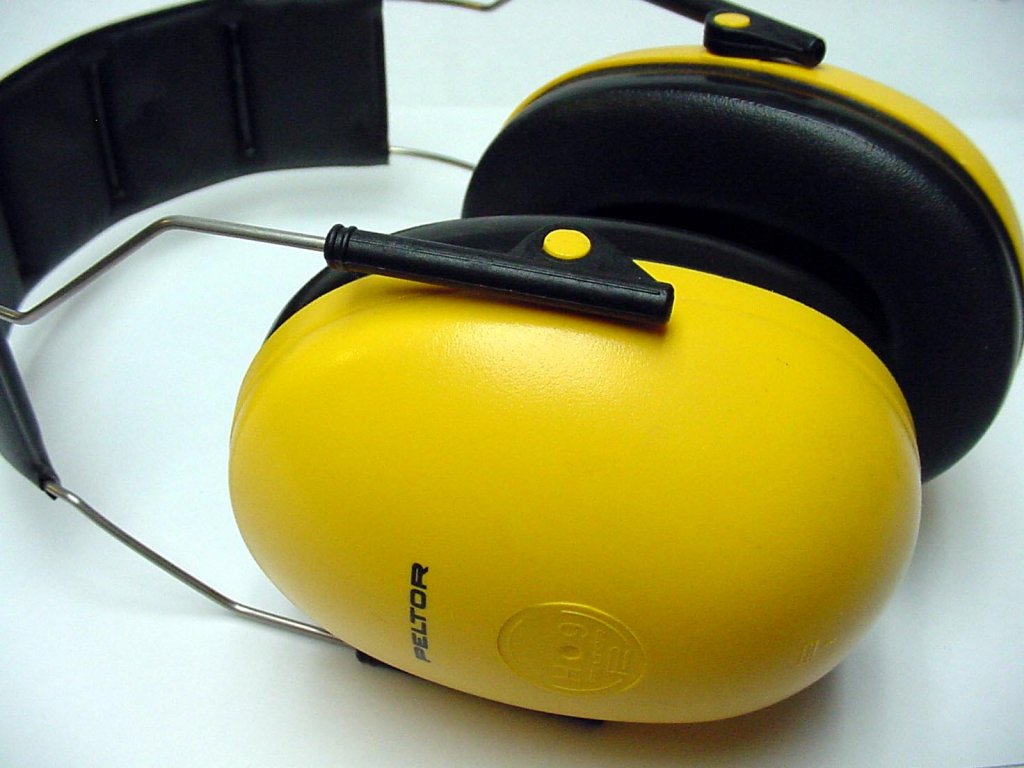 While the “run” for the loudest stadium in the world was sponsored by 3M and they did hand out earplugs, it is likely that a few spectators had issues after the game and all the noise.  The jury is still out as to how we protect the spectators from this noise.  Do we use disposable plugs?  Do we use reusable plugs? Headphones?  Or, do we just turn the noise down a bit. As a follow up to last week’s discussion of noisy sports stadiums, particularly Arrowhead Stadium in Kansas City, USA, it seemed logical to investigate the use of hearing protection in these places. 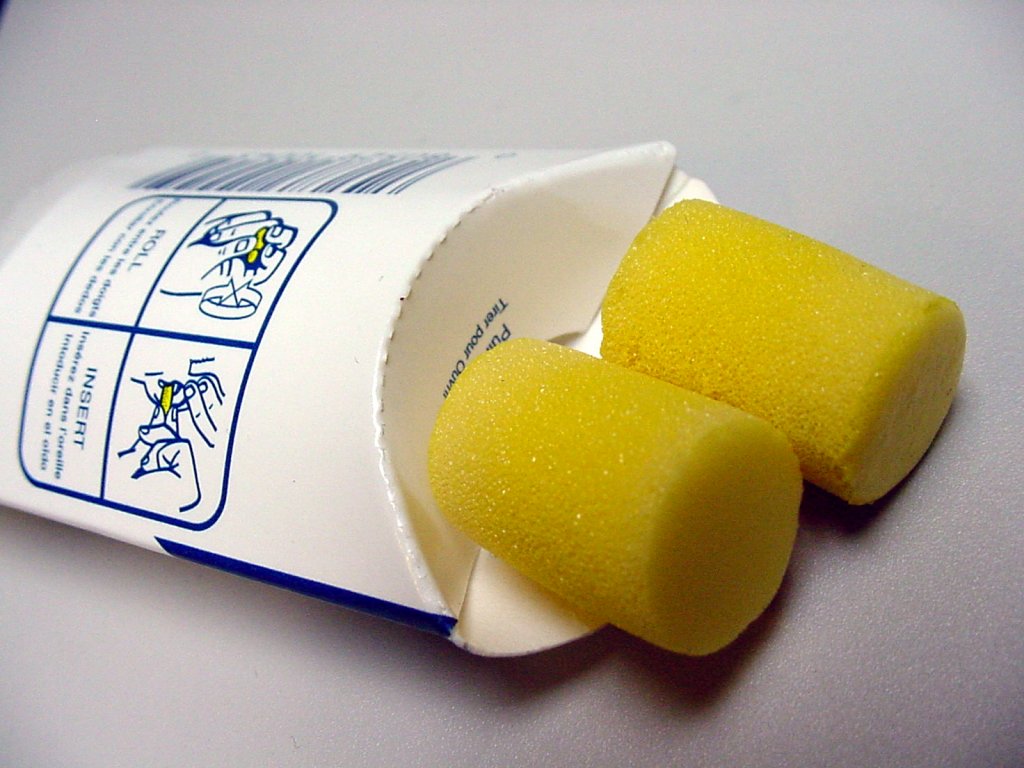 To build up the atmosphere within a stadium European soccer clubs have been actively encouraging fans to generate as much noise as possible. The loudest stadiums are cited in an annually released league table. A major part of modern stadium design is acoustics, not only for PA systems (so that match commentary is clear without phasing delays), but to assist with the stadium atmosphere as well.

Recently at Arrowhead stadium, the invitation to help break the world record for the loudest recorded crowd noise was too much for any sports fan to refuse. Everyone wants to be part of a world record.  With noise levels in sports stadiums regularly reaching 110-120 dB every week, at what point do stadium owners and sports clubs playing at these stadiums admit these levels will have a detrimental effect on the hearing of their fans?

The new world record set by the Kansas City Chief fans is an opportune time for the stadiums and teams to take responsibility, use the example to educate fans about the potential for long-term hearing problems, and begin to make hearing protection available, hopefully before fans suffer and litigation take place.  The rest of the world notwithstanding, there are 4,317 stadiums across Europe and 2,898 in North America with capacities ranging from 2,000 to 90,000 – certainly a situation that could create significant hearing impairment throughout the world.

Part of the pleasure of going to the big game is the interaction with other fans, and the feeling that your voice has helped with the team performance. As fans create the noise, it generates a hearing health hazard.  To control the hearing health hazard, hearing protection should be used to protect the spectators from hearing impairment.

Relatively inexpensive, properly inserted disposable foam plugs are the cheapest solution to reducing the stadium hearing health hazard. They also remove the pleasure of the game or the concert by isolating the wearer whilst distorting and muffling all of the sounds.

Moreover, there is a disposal problem to offering complimentary hearing protection with each ticket purchase.   For example, at a high-level European soccer match, complimentary spectator earplug distribution would result in the stadium handing out 60,000 pairs of foam plugs a week. At the end of the game, most of these plugs would probably be disposed of on the ground as fans leave the stadium, resulting in 60 Kg of environmentally unfriendly PVC being left lying around. If these were disposed of in bins, that’s almost 0.5 cubic meters of landfill from just one soccer game.  Consider the high number of stadiums in Europe and North America, not to mention the rest of the world.  If 50% of these stadiums were used for soccer, football, hockey or basketball over a weekend, with an average participating audience of 2000, the result would be 11,532 Kg of PU/PVC foam requiring landfill of 92 cubic meters. Multiply that by a season lasting up to 30 weeks and we would have an environmental catastrophe.

Most commonly found reusable earplugs are also made of foam fitted onto a plastic band or core, the foam itself being replaceable. Unfortunately, in Europe this creates a disposal issue. There are now a number of reusable, flanged universal tip hearing protectors available from different manufacturers that provide adequate protection for spectators. While some of the designs use a mesh of approximately 2-4 mm2, most of these products use resistive filters constructed using a small hole in a plastic housing or plastic tube, the diameter in both cases being approximately 100 µm.  One company specializing in personal reduction of this stadium and concert noise is Dynamic Ear Company (DEC).  DEC is a technology company formed in 2006 to develop its patented Dynamic Sound Technology (a mechatronic, automatically variable, passive attenuator). Their version of flat attenuating and industrial filters for custom mold manufacturers has been predominantly used across Europe, but is now becoming available in the US through labs such as ACS, Westone, Dreve, etc. Other companies in the US make reusable plugs, such as Etymotic Research, whose products could also be used for concerts and stadium noise. Dynamic Ear’s specialized device for spectators at sporting events is called the ‘Crescendo Stadium’ and uses a new type of membrane with higher acoustic attenuation per mm2. Using this larger membrane, the Crescendo Stadium device has increased surface area resulting in similar attenuation (SNR/NRR) as the other filter types; however, this larger surface results in a lower acoustic mass leading to smoother sound transfer. This surface area provides an open-air passage to the ear, minimizing the occlusion effect while keeping the ear ventilated for optimum comfort. Other advantages of this technology are that the filter and tips are washable and upgradable to custom fit.

Whatever you wear, when you go to a sporting event, keep some protection in your pocket.

Acknowledgement
This article was created with the assistance of Steve Collicot.
Having over 25 years experience in the electronics industry in several roles from Engineering to marketing, Steve Collicott is Business Development and Sales Director at Dynamic Ear Company where he is involved in current technologies and future requirements, licensing and sales. Previously Steve headed the Sound Projector division at Cambridge Mechatronics, a phased array surround sound system licensed to Mitsubishi, Yamaha, Loewe and several semiconductor manufacturers.   Thanks to Steve for calling our attention to the spectator issues in noisy stadiums.  RMT