Waiting for the Second Shoe (of Three) 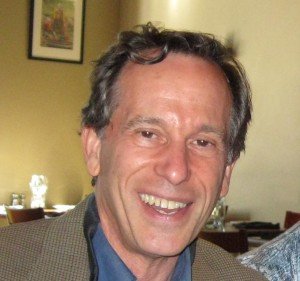 Before we get started, a disclaimer: This post will name names – hearing aid products, a health insurance company, and hearing health care benefit programs. I have no financial or non-financial interests in any of the products/companies mentioned except as a subscriber to the GEHA national health insurance plan to which I make monthly premium payments.

Two events occurred in rather quick succession a couple of weeks ago that made me revisit the affordability and accessibility issue in general and the PCAST report in particular.

Framing or Misrepresentation of the Price Issue?

The first was a Hearing Review blog by Karl Strom that provided a “sneak preview” of the 2016 dispensing survey to be published later this summer.  What I found interesting in this report (in the context of PCAST) was the finding that the average cost of the lowest priced hearing aid was $1010 and its median cost was $995 (Figure 1).

But Wait, Is There More?

The second event that got my attention was a mailing I received from my health insurance company (GEHA) offering deep discounts on hearing aids through a hearing care network called TruHearing. The discounts were impressive. According to the brochure, a standard option subscriber (like me) could obtain Widex Dream 220 hearing aids (average retail price of $3,880 per pair per the brochure) for $2390 a pair through TruHearing. Pretty good.

BUT WAIT, THERE’S MORE! My insurance company further discounts the pair an additional $1000 so that my cost is $1390 for the pair ($695 per hearing aid). If I were a high option subscriber, the discounts could be even deeper. For example, after the TruHearing and GEHA discounts, a pair of ReSound Linx2 hearing aids that retail for $4120 would cost me $500 for the pair – $250 per hearing aid.

BUT WAIT, THERE’S EVEN MORE! TruHearing distributes a company brand (manufacturer unknown) named “Chime.” Under the GEHA high option plan the TruHearing Chime 500 hearing aid will cost me $0. That’s right, folks – nothing, nada, zero, free. And, according to their brochure, the following services are available to me through any one of the 3,800 nationwide providers as part of any purchase under this program:

Am I Just Special?

Maybe as a retired federal employee I’m a beneficiary of a unique program available to relatively few Americans. I did some on-line research, however, that took me down a rather deep rabbit hole where (perhaps not surprising to those of you in private practice).

I found an impressive list of insurers and benefit programs offering substantial discounts on hearing aid purchases to their subscribers. A partial list of hearing healthcare benefit programs that partner with insurers, employers, corporations, unions, consumer organizations, retirees, and managed care organizations include:

In addition to those listed above, an impressive list of Blue Cross Blue Shield hearing care benefit programs was assembled by Florida audiologist, Dan Gardner and can be found on his website.

Redux: Price is Not the Barrier

Naturally, prices, discounts, co-pays, prices, services, products, eligibility, etc. will vary from one plan to another and it is not my purpose here to critically review these programs but, rather, to question the assumptions expressed in the press, by PCAST, and at the FDA and IOM hearings that hearing aid cost is the primary barrier responsible for their low utilization among those with hearing loss. Frankly, I don’t know what percentage of those who can benefit from hearing aids have access to hearing care benefit programs similar to those described above (not to mention access to discounted hearing aids provided by large retailers such as Costco) but I would argue that this is precisely the type of information that should have been researched by the PCAST and the IoM Committee. The PCAST didn’t; perhaps the IoM Committee has.

As Holly Hosford-Dunn suggests in her 4th of a 5-part series on barriers in the hearing aid industry, the primary barrier to increasing hearing aid utilization may not be price but, rather, “incomplete consumer information on the low end of the demand curve” and the “absence of adequate price transparency at all points in the supply chain.”

I’d like to think that the mailing I received from my insurance company marks the beginning of a trend to remove those barriers.