When, Not If: More Disruptors Entering the Hearing Marketplace

Originally posted at HHTM On February 9, 2016. Reprinted with permission.

On the heels of Starkey’s announcement of their industry-first partnership with the upstart hearable company, Bragi, more news of other products entering into the ear-level amplification space are emerging. As early as February 21st, hearing care professionals just might get a peek at a new hearing aid option for their patients. 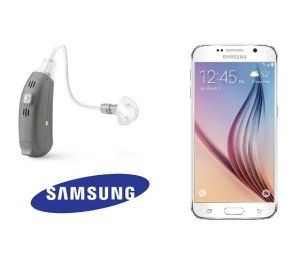 In a report from April 2015, Samsung was said to be preparing to bring a Bluetooth-capable hearing aid to market, to launch alongside the release of their new flagship Galaxy smartphone. Adding legitimacy to the claims that Samsung was indeed serious about getting into the hearing aid industry was a report from BusinessKorea, stating that the company had placed an order for $14 million dollars worth of amplifiers–a necessary component in the manufacture of hearing aids.

We had previously speculated, based upon a number of industry sources, that Samsung would be launching its new Galaxy S7 smartphone at this year’s Mobile World Congress on February 21st in Barcelona. HHTM has now received confirmation from Samsung that, indeed, the S7 will be released at the upcoming Mobile World Congress event.

The confirmation of the S7 release date does emphasize the product will utilize virtual reality (VR) but there is no mention of a hearing aid as part of its launch. However, if we take Samsung at their word from last April, they may be planning to release a hearing aid to coincide with the new S7:

“…Samsung’s hearing aid project was strongly influenced by Lee Jae-yong, the company’s vice-chairman. Samsung views expansion into the hearing aid market, which chalked up an impressive growth rate in the U.S. of over 11% in the first quarter of 2015, as a potential source of long-term growth for the company.” –Samsung May Soon Enter Hearing Aid Arena, May 5, 2015

We now know, according to a December 21st report by Michel Groenheijde at Sam Mobile, that Samsung has applied for registration of a trademark for the term Earcle in South Korea, using multiple references to hearing aids in its related products description. In addition, a model number of SM-R790 was also recently registered at the Bluetooth Special Interest Group’s (SIG) database, using a description of Samsung Bluetooth Hearing Aid.

At the recently concluded Elite Hearing Network meeting in Cancun, an executive panel of the leading hearing aid manufacturers and retailers was posed questions about upstart companies entering their market space.

Executives on the panel generally welcomed the competition; however, they did cite examples of other newcomers failing in their attempts to successfully launch a new hearing aid.

One specific example of recent failed attempts to gain traction in the hearing aid industry, mentioned by a panelist, was Panasonic.

These devices are being shipped under the name Here Active Listening and are marketed as “audio tuners that let you tune and tweak your own hearing experience.”  Unlike traditional ear buds, the Doppler AR devices allow the end-user to customize the gain and frequency response of the incoming audio signal. The Here Active listening system also comes with its own recharging station that doubles as a carrying case.

The Doppler Labs press release also mentions the use of programming software, available through the “Here” app, that appears to allow the end-user to control frequency response, noise reduction and gain. It would seem the Doppler Labs product is another example of the continued metamorphosis of hearing aids and off-the-shelf listening buds.