In Praise of Pitch Correction 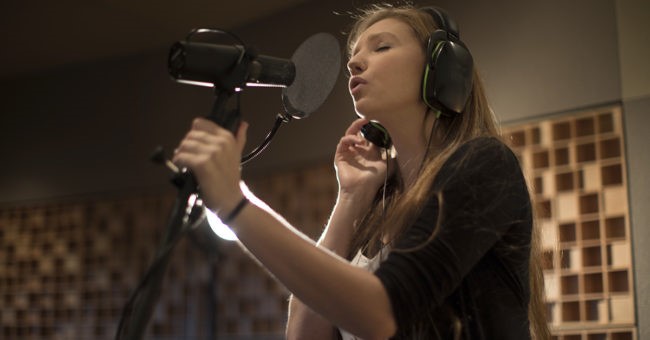 No, not that Sgt. Pepper taught the band to play, but that Cher’s “Believe” — the coming-out party for Antares’ Auto-Tune (fig. 1) — topped the charts and was the highlight of her 22nd album. (Yes, two decades ago, Cher had already done 22 albums.) Auto-Tune was the engine that provided the novel, provocative, other-worldly vocal effect that made listeners sit up and take notice.

But it almost didn’t happen. Originally, Cher didn’t want to do an album of dance music. “Believe” changed her mind, but it never quite seemed to gel into a final arrangement. Then songwriter Mark Taylor started messing around with Auto-Tune and Cubase and created the weird warbling effect on Cher’s voice by using extreme pitch correction settings. With trepidation, the version was played for Cher — and she ended up loving it. Even when the record company said they liked the song but the vocal effect had to go, Cher said, “You can change that part of it — over my dead body.” After that, no one dared to make any changes, and rumor has it the final version that became a hit was actually the rough mix. You gotta love a story like that.

The Dark Side of the Pitch Correction Force

But not long after, pitch correction mutated into a blight on the charts. It seemed everyone was using Auto-Tune on everything. That nasal, flat vocal sound went from being novel to being like an unwelcome houseguest who just won’t take the hint that it is time to leave. Or at least, clean up the bathroom after themselves.

And then the real backlash started. Some engineers claimed they would never use Auto-Tune, even while they were fixing pitches on the sly and hoping no one would find out. Self-important critics proclaimed that Auto-Tune was destroying music as we know it. (They’d already tried “Pro Tools has destroyed music as we know it,” but that didn’t get traction, so they had to find something else.) It was said singers didn’t need to learn to sing anymore, because now it was not just about “fixing it in the mix,” but fixing the pitch in the mix.

What the doom-and-gloom people failed to realize was that Auto-Tune was in a no-win situation. When applied subtly and intelligently, no one could hear its effect, so they just assumed it wasn’t being used. Auto-Tune never got credit when it was used well, but always got the blame when it was used poorly or abused.

And to be fair, it did morph into a creative effect that became a staple of hip-hop, just like distortion became part of rock. It even got to the point where human singers who grew up on pitch-corrected vocals learned to sing as if they were going through pitch correction — even when they weren’t.

However, note that Auto-Tune was not the first attempt to solve pitch problems. Some engineers used the Eventide Harmonizer H910 and H949, as well as Fairlight and Synclavier sampling keyboards to change pitch on tracks to fix tuning. At one point, I loaded a file into an Emulator II and varied the pitch bend control as needed (not easy, but ultimately, it worked). And of course, there were the old-school solutions, like punching in on vocals or just re-recording a part. But pitch correction software took ease of use and functionality to entirely new levels.

Waves Tune (fig. 3) software is popular because of its streamlined interface and ReWire capability, while iZotope built pitch correction into the Nectar 2 vocal processing suite (and now in Nectar 3).

PreSonus and Celemony worked together to create the Audio Random Access protocol used in Studio One Professional, which eliminated the need to record music into Melodyne before processing it. Cakewalk SONAR adopted ARA shortly thereafter, and now several other programs, including Acoustica Mixcraft 8 and Magix Samplitude Pro X3 support the ARA protocol.

And of course, Auto-Tune hasn’t rested on its laurels. The latest version, Auto-Tune Pro, even includes a Classic button to jettison the more accurate, modern pitch correction algorithm and instead use the one that revived Cher’s career.

So if you want pitch correction, whether for the studio or live use, you have plenty of options. But suppose you’re a Happy Hater and have sworn you would never use pitch correction. Is there still something in it for you? Let’s find out.

Here are some of the main reasons I like pitch correction, aside from the traditional use with vocals.

Pitch correction software has gotten a bad rap from those who don’t understand how it works, or who have an elitist attitude about it being a “crutch” (as they lay down track number 123, after doing 26 tracks of vocal comping and their 40th automation pass — just sayin’). But it’s simply another tool in the toolbox. Think of it like a hammer: you can use a hammer to smash things or to build a house. If you’re more into building than smashing, there’s a lot to like about pitch correction.