One of the greater of honours of my audiology career was when Dr. Richard Seewald retired, he gave me the first kick at the can at his library collection. Among of the books I took was this one by Herman Wallenfels describing how hearing aids were selected and fit in the mid 1960s. (And, Dr. Seewald was given this book by Dr. Daniel Ling).

This review is about a 50-year-old book (1967) and, without sounding paternalistic, has sections that sound quite humorous. Significant effort was taken in the book to stress the importance of masking where a 700 Hz hearing aid resonance would mask out the (minimal) gain at 4000 Hz which was available at that time. Many of the hearing aids at the time were body worn hearing aids that had external receivers, some of which could be “tilted” to fit the audiogram. In today’s terminology “tilted” would refer to differing slopes in the frequency response of the various receivers. 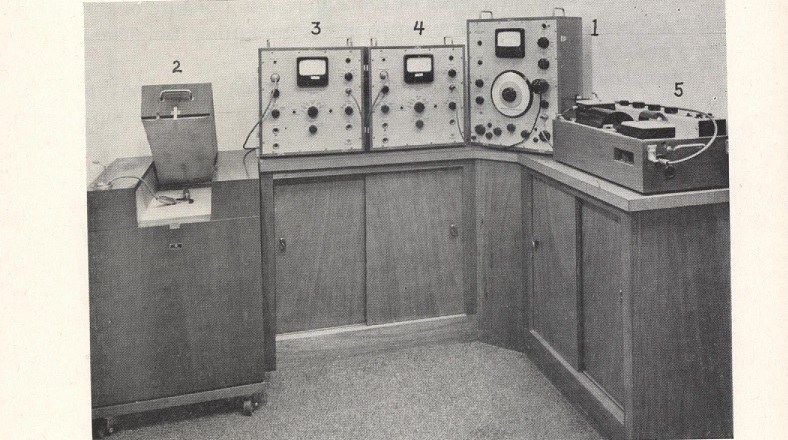 The audiology and otology concerns of the mid 1960s were a function of the technology and knowledge base of the time. Some of the book was dedicated on how to design a bank of oscillators and how to build an audiometer. Of course, the ASA (1964) and ISO (1951) standards were at odds at the time and the ANSI (1969) standard we use today was still several years off. I have it on authority from Tang Chow, who has president of Electromedics (EMI) Canada and was involved in the calibration of audiometers of that era that even in 1960, what was to become known as the 1964 standard, was used as the calibration standard and not the ISO (1951) one. 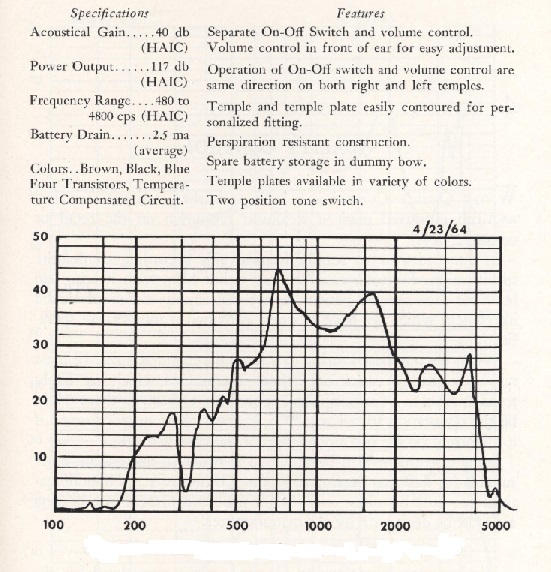 And hearing aids of that era had their gain based on the number of transistors; with each transistor contributing about 10 dB of gain. When I first started in audiology in 1981, I recall needing to order a Zenatone hearing aid where I had to tell the service representative how many transistors I wanted. I recall that her name was Dorothy Hubble and I wanted a 3 transistor hearing aid. The figure here is from the text and shows a “powerful” 4 transistor eyeglass hearing aid with a 2.5 mA current drain.

In the section on recruitment “Portmann’s formula” is used. The following is from page 46 of the book:

“When our threshold of pain is 130, we must add the extent of the patient’s hearing loss, let us say 40 dB. This means that the patient must be able to tolerate a total of 170 dB for us to conclude that he has a tolerance for normal for him. If he can tolerate less than 170 dB he recruits by the sum total of his hearing loss plus whatever he measures below 100 dB on the audiometer.”

I will be rushing out to try this tolerance estimation technique and calculation on the next available client, assuming I can find a hearing aid that can generate an output of 170 dB…

The determination of the Optimum Hearing Curve is also explained in detail and requires bisecting the dynamic range at 1000 Hz and using that to calculate the amount of gain by drawing another line that intersects the frequency response curve for the hearing aid from the manufacturer.

This book is like Charles Dickens’ Tale of Two Cities - a book written a 100 years ago about a time 100 years before that. This book gives us an almost romantic glimpse into the past of audiology along with some of the clinical questions that we posed back before the advent of real ear measurement and level dependent broad band hearing aids.