Before we are born, parents anxiously await to find out the sex of their child. Today people even host “Gender Reveal Parties” to announce the sex of their future child. Once we are born, we enter a complex world that we navigate and disclose so many other identifying features over time. Simply stated, as a society, we are obsessed with identity, our lives are centered around identity because apparently identity connects us and makes us feel like we belong. But when does identity isolate and disconnect us from the rest of the world? 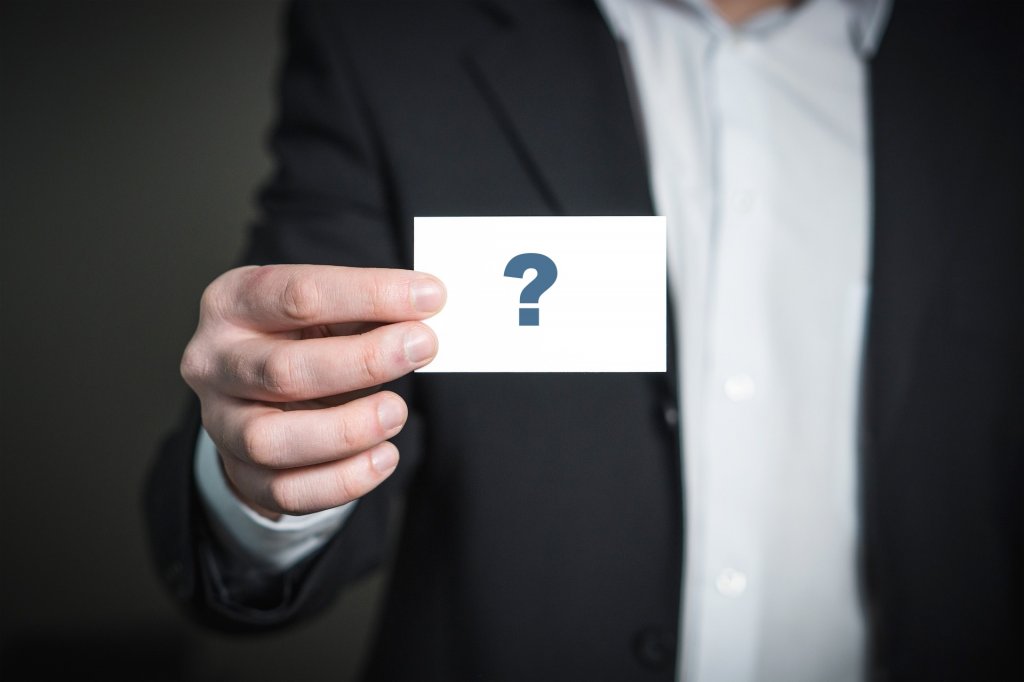 Identity is highly complex and something I have always struggled with. When I reflect upon my life, I can pinpoint three events that shaped my identity concerning my hearing status.

My first memory of identity was when I was a child. While my parents always knew I struggled with my hearing, when I was 7 years old in a hospital in Halifax, Nova Scotia, a medical professional and stranger, identified me as being “hearing impaired.” These words changed my life and would become my identity forever.

That morning I woke up as a boy and that afternoon I was now “hearing impaired,” Within hours my life and my identity changed and people’s perceptions of me and my abilities would be cast upon me forever.

As the doctor reassured my parents, I was not Deaf and with the help of technology and extra assistance, I may have some remote possibility of being able to function like other children. He went on to explain all the things I wouldn’t be able to do and what they would need to do to assist me. I can only imagine that all their hopes and dreams they had for me were crushed and that being “hearing impaired” would be a dark cloud that would follow me forever.

Up to then, the only connection I had to the word “impaired” was from commercials on TV and its relation to drinking and driving, I had no idea that one’s hearing could be impaired. Even to this day, the identity “hearing impaired” doesn’t resonate with me.

My "hearing impairment" was not something that was discussed, people could see I had huge behind the ear hearing aids and in school, I wore an FM system. The only time it came into play was when people wanted to imply I couldn’t or wouldn’t be able to do something. I was constantly told that I couldn’t be in choir, I was removed from French and gym class, I couldn't join the debate team or public speak or be an anchor on the local television station because they labelled me “deaf." Once again, professionals were using a label to tell me I was something I was not, and I was boxed in with a group of people and perceived stereotypes were used to reject me.

However, I resisted. I joined the debate team, I became a public speaker and was an anchor on the local television station and not only did I have to prove to them that I could do it, but I also used this as an opportunity to educate others and bring the discussion about my “hearing impairment” to the forefront. I showed people that yes, I was “hearing impaired” and that I could do anything but hear. It was around this time that I rejected the term “hearing impaired” and identified myself as “hard of hearing.” 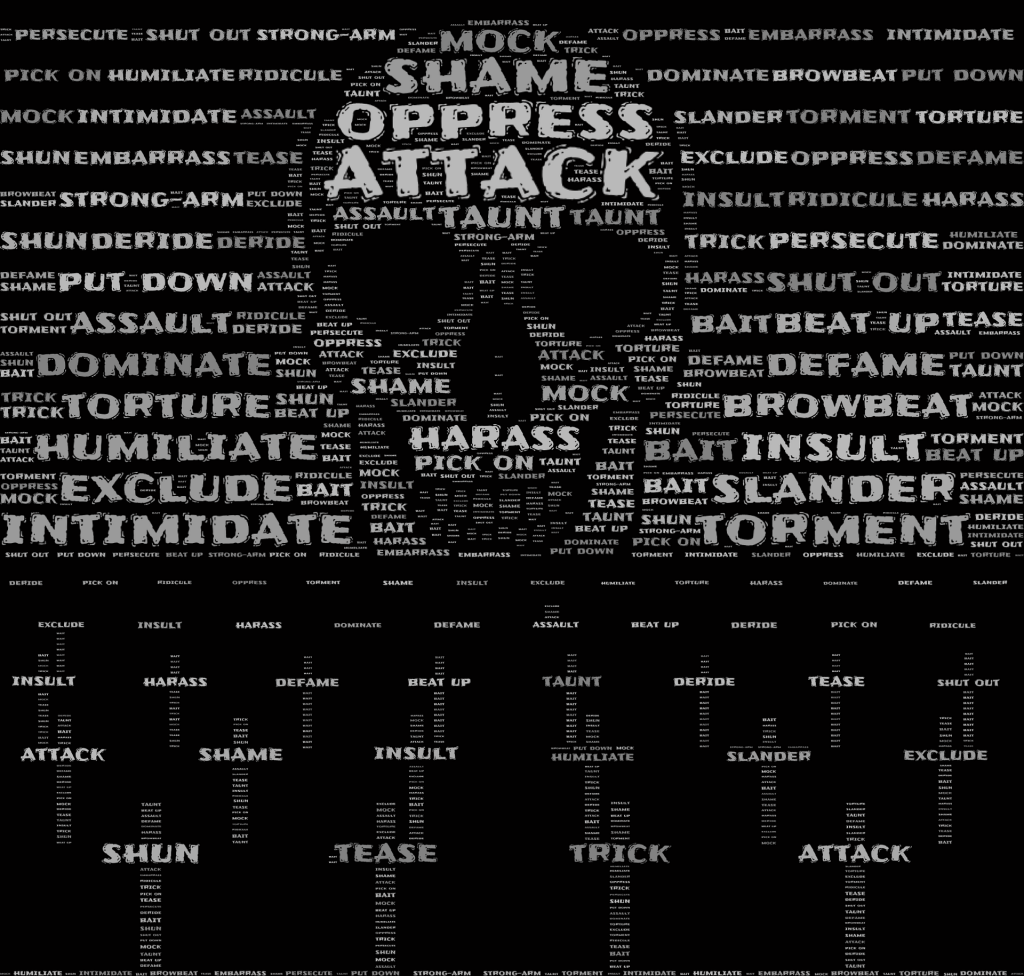 And while I was finding some comfort and pride as being “hard of hearing” this quickly changed. A leading hearing aid manufacturer started to air commercials on TV and you would find advertisements for smaller in-the-ear hearing aids in newspapers and while these commercials educated the public about hearing technology options, people at school started to bully me and call me names such as “bell” and throw snowballs at my head attempting to break my hearing technology. I retreated, stopped wearing my hearing aids, isolated myself and internalized what I was being told all along, that I couldn’t and wouldn’t do things simply because I was “deaf.

In my community, there were no youth or adults that I knew of that were hearing impaired, I had no role models and I thought I was the only one. When I would daydream, I would often wish that I wasn't "hearing impaired" and wanted to be hearing. One day I noticed a lady at the store using a sign language with someone, and while I knew I wasn't like her, I was….

The second life event that impacted and shaped my identity happened when I was in grade 9. Knowing nothing about Deafness, the Canadian Hard of Hearing Association sponsored me to attend a workshop at a School for the Deaf in St. John’s Newfoundland. This workshop would educate me about transition issues if I completed high school and help me learn about trade school programs.

Arriving at this school for the deaf, was eye-opening. For the first time I met other hard of hearing youth, there people faced the same challenges as myself and our stories were so alike. I was overwhelmed with emotion and that weekend became an inspiration for me and empowered me.

I returned home, begging both my family and school to allow me to move away from home and transfer to the school for the deaf. While it wasn’t an option at that time, the school for the Deaf realized that I and the other students needed a place where we could be safe and able to receive a proper education without barriers. A few months later, I started high school at the place that would save my life, a place that allowed me to flourish and be the leader I was meant to be.

When I graduated high school, I was once again at crossroads and had no idea what to do with my life. Not really understanding my Deaf identity I decided I wanted to go big and move to the United States to learn more about Deafness and accept who I really was. This was a journey that changed my life forever, and while I have no regrets, I soon realized that I was not Deaf. And, while I understood first-hand the hardships and appreciated the culture and language of the Deaf community, I didn’t feel as I fit in with either community, and perhaps I didn’t need to, I was tricultural and a bridge between the all three groups. As an individual, I was proud to create my own community of diverse people from all walks of life and of all hearing abilities.

The most recent life event that impacted my identity happened 10 years ago. Suffering from fatigue, severe tinnitus, under-employment and having no quality of life at 30 years of age with no hope that things would change, I decided to undergo surgery and obtain a cochlear implant.

This event was life-changing and while I was sceptical about the technology and its benefits as I believed that I was already highly functional with the technology I used, I was ignorant to the possibility that the cochlear implant could provide me with additional benefits that would allow me to fulfill many of my goals and dreams that I didn't believe were possible up until then.

While I can’t credit my success solely on my cochlear implant, the cochlear implant has allowed me to take ownership of my communication options, it provided me the confidence I needed, and has essentially given me access to opportunities I would never have had in the past.

At the same time, the cochlear implant has complicated my identity. Even those who are close to me, don’t realize how hard I work to communicate and function daily. Adding to that with my type A personality and having such high standards for myself and because I feel I need to constantly prove my abilities, I often don’t take the time to advocate for my own communication needs or feel guilty because I don’t want to take away from someone who really needs assistance.

I think the hardest issue relating to my identity today is that people make so many assumptions about what my needs are or who I am. They have so many perceived stereotypes of a person’s abilities and are uncomfortable when I often challenge those stereotypes.

As I continue to develop as a person, so has my identity; from hearing impaired to hard of hearing and today as a person living with hearing loss (although I haven’t lost anything) my identity has evolved and will continue to do so. As I’ve aged and become more comfortable with myself, identity has become less relevant, than it has before.

No doubt my communication needs will continue to adapt as technology improves and more communication options become available. When it comes to my identity, I would rather be an individual and not be identified or labeled as Deaf, hearing impaired, hard of hearing or having a hearing loss. I want people to treat me as an individual and respect that my needs may change from situation to situation because I am human and nothing more.