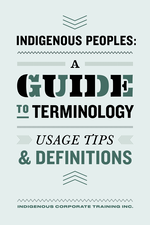 Audiologists and other hearing health care professionals in Canada frequently work with Indigenous Peoples who have hearing loss. Hearing loss from untreated middle ear disorders (and undiagnosed sensori-neural hearing loss) is quite common across the Inuit, Metis, and Innu populations. Hearing loss is frequently referred to as the Invisible Handicap; its onset can be slow and gradual, and to the general public, could be misinterpreted as something else.   Learning difficulties for young children and cognitive decline for the elderly are well-known correlates to hearing loss, yet can be quite invisible.

We have the honour of being able to interview Bob Joseph who is President of Indigenous Corporate Training Inc. Mr. Joseph's company provides training to corporations and government agencies about Indigenous populations that we may think we know about, but in reality, we may know very little.

I first ran across Mr. Joseph’s work when I read his informative pdf entitled “Indigenous Peoples: A Guide to Terminology”. I was surprised at some of my misconceptions and issues that I had failed to grasp. Something as subtle as the difference between “Canada’s First Nations” versus “First Nations of Canada” says quite a lot: The former being indicative of possession and the latter being an equal member of Canada. I also never realized that there was a difference between Inuk and Inuuk, even though I had studied other languages that have the triplet of singular (Inuk), dual (Inuuk), and plural (Inuit). And Innu refers to the most easterly group of Cree First Nation Peoples and is a completely different word than Inuit.

While some of what I learned was interesting linguistics, most of the Guide deals with terminology. However, it goes far beyond that. The Guide places these terms in its correct historical context and also Canadian law.

In Canada there are three distinct groups of Indigenous Peoples as recognized by s.35(2) of the Constitution Act, 1982: “(2) In this Act, “Aboriginal Peoples of Canada “includes the Indian, Inuit, and Métis Peoples of Canada.”

The three groups do not have the same rights. All of the rights are distinctive to the groups that practice them which stems from the 1990 Supreme Court Decision in R. v. Sparrow. This was the first Supreme Court of Canada decision to apply s.35, of the Constitution Act, 1982 which states “The existing aboriginal and treaty rights of the aboriginal peoples of Canada are hereby recognized and affirmed.”

2. Which is the correct term? Indigenous Peoples or Aboriginal Peoples?

If you are engaged with an Indigenous person or group, use whichever term they use. Some people prefer Indigenous, some want neither but want to be referred to by the name of their People – such as “Haida”.

At this point, the Canadian government is in a state of flux over which term it is using. There have been definitive moves within the government away from “Aboriginal” to “Indigenous,” the most noteworthy being the evolution of Aboriginal and Northern Affairs Canada to Crown-Indigenous Relations and Northern Affairs and Indigenous Services Canada (CIRNAC). However, “Aboriginal” is the legal definition in the Constitution, as mentioned above so, until that changes, we will see both terms in play. Additionally, there’s also continued legal usage of “Indian” as in the Indian Act, and Indian Register.

“Indigenous” is the term used internationally and by the United Nations Declaration on the Rights of Indigenous Peoples (UNDRIP). There seems to be, at this point, an overall leaning towards “Indigenous” as opposed to “Aboriginal.”

If you are still undecided about which collective term to use, I suggest you go with Indigenous, unless your usage is legal in nature, which would require you to use “Aboriginal” as in “Aboriginal rights and title." And then back to my first point, when speaking with an individual use the term that they use.

3. Is the phrase “First Nation” a legal term? What about “First Peoples”?

“First Nation” is not a legal term nor is “First Peoples.” The term “First Nation” came into use in the 1970s by some as a less offensive alternative to “native” and “Indian.” Again, we want to use the term that the person or group is using, the understanding being that there are preferences amongst different Peoples.

4. What is the Indian Act and how can the terms of this Act be improved? Does it apply equally to the Inuit, First Nation, and the Metis?

The short answer is: the Indian Act is a set of federal government laws and prohibitions designed for the purpose of assimilation of Indians (because it did not apply to Inuit or Metis Peoples). The Indian Act was written on the premise that over time, due to assimilation Indians would cease to exist – the Act would rid the government of its responsibility for Indians – to “get rid of the Indian problem” as stated in 1920 by Duncan Campbell Scott, Deputy Superintendent General of Indian Affairs.1 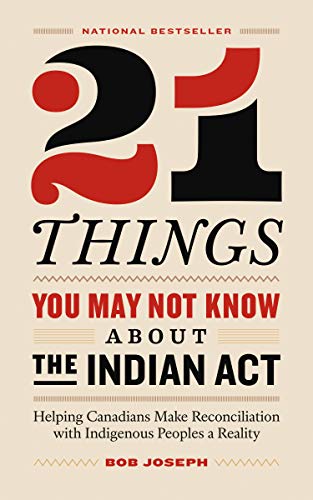 Inuit and Métis Peoples historically were not covered by the Indian Act but as of a Supreme Court of Canada decision on April 14, 2016, they are now considered Indians, although how this will affect their health care and other rights is not yet clear and or has not yet been determined.

If you want to learn more about the Indian Act, I wrote a book about it in 2018 called 21 Things You May Not Know About The Indian Act.

The terms of the Indian Act cannot be improved. The only recourse Canada has is to do away with it and work with Indigenous communities towards self-government. The current federal government is working towards this goal.

5. Should the phrases referring to the various distinct group be capitalized (e.g., Inuit vs. inuit)?

Yes! Just as you would capitalize Canadian, Spanish, French, etc. It is a sign of respect for the nationhood of the group you are referencing.

The legal phrasing is “status Indians” as opposed to “status First Nation People.” This is one of the circumstances in which it is legally correct to use “Indian.” Status Indians are those who are on the Indian Register, which is a central registry maintained by Crown-Indigenous Relations and Northern Affairs. Each status Indian is issued a “status card” which includes their name, band, and registry number.

In January 2019, the United Nations Human Rights Committee ruled that the Indian Act, despite revisions, still discriminates against Indigenous women when it comes to passing on their status to their descendants.

Non-status Indians are legally recognized in Canada as part of the Constitution but not by the CIRNAC (at one point known as Indian Affairs). In this light, they do not have the same rights and are not eligible for the same government programs available to status Indians. They experience more socio-economic challenges but do so without the support of a band community because they are not eligible for on-reserve health care or housing. They can’t vote in band elections; they are not included in treaties or land claims.

7. Health care in Canada is delivered provincially. Do Indigenous People receive funded hearing health care through their respective province or territory or is there federal funding for these services?

How health services for Indigenous Peoples are organized and delivered in Canada is very complex and involves many agencies. Every province is different, and then there is a difference between those who have status, those who do not have status, Inuit and Metis.

Thank you for reaching out with these questions; we appreciate the opportunity to provide some information about Indigenous Peoples to the audiologists of Canada.