Michael Vekasi, AuD, R.Aud, Aud(C), FAAA and Erica Zaia are coordinating the “Striking the Right Balance,” column which will cover the latest information on “all things vestibular.”

In this edition of “Striking the Right Balance,” Patrick Thompson, physiotherapist with LifeMark Health at Saint Mary's University in Halifax, Nova Scotia, discusses his clinical experience with vestibular assessment and rehabilitation for symptoms following a concussion.

If you would like to be more involved in all things vestibular, please sign up for the Vestibular Special Interest Group. Sign up by simply emailing JanineAllison.Verge@nshealth.ca to let us know you want to be a part. Also, check out our Facebook page for a free list of on-line vestibular resources at the CAA National Vestibular Special Interest Group page. 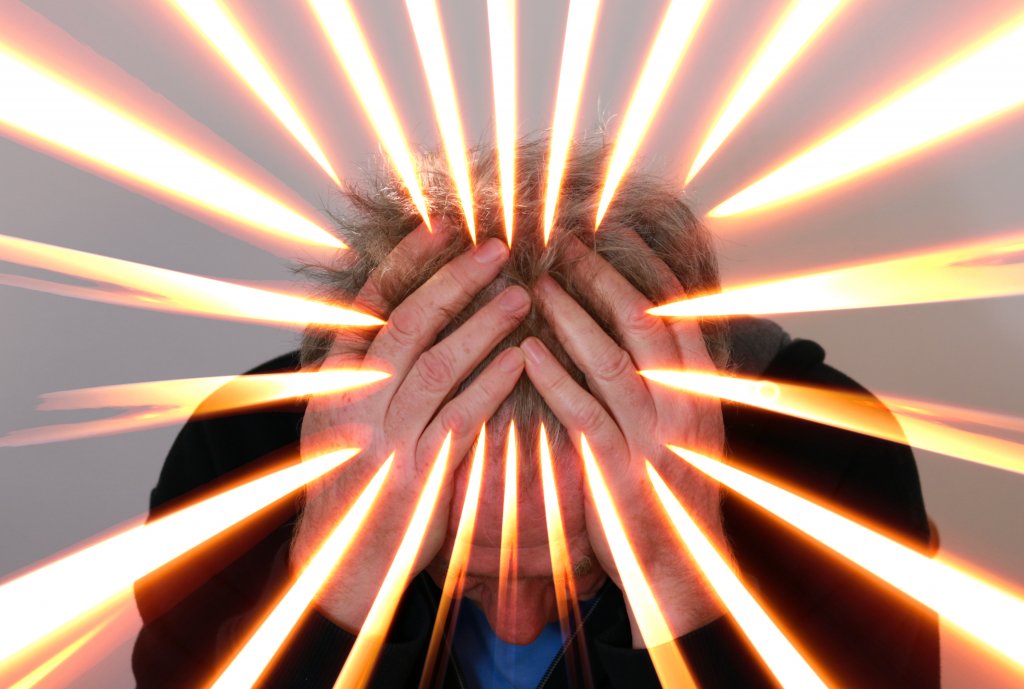 A concussion is a subset of mild traumatic brain injury (mTBI) and is defined as complex patholphysiologic process affecting the brain that is induced by biomechanical forces.1 The World Health Organization, after evaluating emergency department visits and correcting for possible underreporting, estimate that the rate of mTBI (including concussion) per year in the population is over 6 per 1000.2 A person suspected to have had a concussion can be affected in the somatic, cognitive and emotional symptom domains. Dizziness and balance problems are common somatic symptoms following concussion and in fact, dizziness has been commonly noted to be the second most reported (67–77%) concussion-related symptom behind headache.3 If a person initially presents with dizziness following a head injury, it may be a predictor of a protracted recovery4 and studies have also found that individuals with mild or moderate TBI and dizziness had a higher incidence of depression and anxiety and were also less likely to return to work.5

Input from the visual, vestibular and proprioceptive systems is required to maintain proper orientation in space.6 Disruption in one or more of these systems including their central connections can result in mismatch of sensory information and can thus cause symptoms of disequilibrium, dizziness, vertigo, blurred and unstable vision, as well as problems with spatial orientation.7,8 Along with other trajectories following a concussion, symptoms of imbalance and dizziness often resolve within 2 weeks without intervention, however, Lau et al found that 17% of a group of athletes went on to experience a prolonged course which mirrored similar findings in other research.4,9 A thorough assessment of dizziness and balance deficits may have implications in both of these groups as it relates to actual diagnosis of concussion as well as symptom management and rehabilitation perspectives.10–12 Currently, there is a paucity of literature on rehabilitation for persistent symptoms of post concussion.13 However, emerging research has concluded that after the acute stage of recovery, rehabilitation strategies for balance and dizziness symptoms may be of benefit.10 The following are some examples of commonly assessed deficits in this writer’s clinical experience; however, it is not a complete differential diagnosis of causes or treatment of dizziness in this population.

Studies have indicated a pattern of deficits in composite balance scores within the concussion population suggesting that balance impairments are common and these findings have led to balance tests being used diagnostically.11 For on field/site and in-clinic assessment of postural sway the BESS test has been commonly used to help establish a diagnosis of concussion and to track recovery.14 A study completed by Haran et al indicated that both the Bess and SOT tests can identify mTBI within the combat population making the more available BESS test attractive in community based clinics.15 The ease of administration of this test allows it to be performed as a baseline prior to the season so that more accurate post injury evaluation can be made. Values can also be analyzed next to normative data. More dynamic tests such as the Functional Gait Assessment (FHA) and the Dynamic Gait Index (DGI) used to assess this domain can be administered as well but once out of the acute setting it has been noted that more dynamic tests such as the DGI may have a ceiling effect.16 It is this author’s opinion that more specific tests related to each subject’s “normal” function need to be attempted when assessing return to play/work abilities, especially when it comes to an athlete or worker who is in a physical job that might put them in harm’s way. In this sense, insight into the ability of a person to dual task can be of value. This idea is evident in studies that have looked at deficits in balance related to dual tasking in the post concussion population, and they have found that those activities requiring divided attention have more of an impact on persons following a concussion.17,18 Vestibular rehabilitation for balance deficits has been well established in the literature to have positive outcomes,19,20 and it is this author’s experience that as balance deficits are resolved, divided attention tasks become easier, musculoskeletal complaints often decrease, and anxiety may diminish. Examples of sensory organization exercises include balance tasks with eyes closed, on unstable surfaces, while turning the head, using narrowed base of support, and adding dual tasking such as cognitive (talking) or other physical demands(throwing a ball).

Benign Paroxysmal Positional Vertigo (BPPV), can occur post traumatically and is caused when otoconia found within the otolith organs of the inner ear are dislodged and then relocate to one or more of the semicircular canals. In a study by Ernst et al of 63 patients complaining of vertigo following a head injury 36 were found to have BPPV.21 Reproduction of vertigo and a characteristic nystagmus pattern during positional testing (Dix-Hallpike and Roll Test) are necessary to diagnose BPPV. In this author’s clinic infrared goggles are used to suppress visual fixation and record possible nystagmus, thus ensuring increased diagnostic accuracy in the determination of nystagmus presence and direction. Treatment includes the use of particle repositioning maneuvers and in most cases of BPPV have been shown to be quite effective. For example, in a study by Lee et al the Epley maneuver for posterior canal BPPV was 83.3% effective after 2 treatments.22

Visual vestibular mismatch (VVM), also referred to as visual motion sensitivity, and visual vertigo, has been found in patients following sport related concussion.23 In fact, the Vestibulo/Ocular Motor Screening Tool is a test has been created and researched that has components to identify motion sensitivity24 and is used by this author clinically as an assessment and rehab measure. In a study by Longridge and Mallinso 29% of patients with dizziness who had suffered head trauma were thought to have VVM.25 Mallinson et al also conclude that the symptoms are not semicircular canal in origin, as standard caloric testing is rarely abnormal, and patients generally do not complain of symptoms that are traditionally thought to be of semicircular canal origin.26 These authors also go on to state that VVM after whiplash and head injuries is strongly suggestive of otolith injury. However, Zhou and Brodsky found that “although effects of concussion on otolith function have not been well studied, our findings imply that concussion may have less of an effect on the otolith organs than that seen in major traumatic brain injury, since only 20% of patients had test abnormalities indicative of otolith dysfunction (abnormal SVV tilt or abnormal cVEMP).27

Regardless of cause, treatment of VVM can involve gradual exposure to provocative stimuli in an attempt to habituate normal response.28 Chang and Hain 2008 suggested a theoretical model for treatment of VVM by using stabilizing objects in the visual field and slowly adding more conflicting movements in the background.29 This can include such things as repetitive optokinetic stimulation which has been successful in normal subjects with visual dependence.30 Ciufreda et al also noted that optometric intervention such as binasal occlusion and spectacle lens tints can be of help with treatment of visual vestibular mismatch.31 Binasal occlusion can be performed quite easily in a clinic setting and is thought that it may negate the need to visually suppress visual information that is filtered incorrectly by the concussed individual. This technique may be used initially and the goal is to discontinue as individuals are able to handle more stimuli from their surroundings. In this author’s clinic, a variety of methods are used including habituation techniques and binasal occlusion, and when ocular deficits are noted, referral to neuro-optometry is often warranted.

The vestibulo-ocular reflex (VOR) serves to maintain stable vision during movement of the head and is regulated by the semicircular canals (angular VOR) and otilithic organs (linear VOR)32 The Dynamic visual acuity test is used as a sensitive test of peripheral vestibular function. Zhou and Brodsky children who had sport related concussions and dizziness and found that 13 of 23 had abnormalities on this test.27 These authors go on to state that only small numbers showed abnormalities on rotary chair testing and speculate that this may either be due to the different frequencies of movement that these tests examine, or that central processing of visual and vestibular stimuli is the culprit Nicholas et al found significant differences in gaze stability between athletes with a concussion and those without.34 In this author’s clinic the head impulse test, head shaking with visual fixation and DVAT are used in combination to screen for unilateral vestibular hypofunction. The head impulse test has been found to have 35% sensitivity and 95% specificity identifying patients with caloric asymmetry.35 Anecdotal evidence from this author’s experience reflects results by Zhou and Brodsky18 where few exhibit a positive head impulse test or nystagmus with head shaking but dynamic visual acuity is often diminished. Regardless of pathology in this case, the author has seen gains with exercises that have been developed for common peripheral vestibular injuries.

“Disturbances to the afferent input from the cervical region in those with neck pain may be a possible cause of symptoms such as dizziness, unsteadiness, and visual disturbances, as well as signs of altered postural stability, cervical proprioception, and head and eye movement control.”36 The author goes on to state that neck muscle vibration can induce eye position changes, visual illusory movements, and head movement illusions, and has also been shown to have an effect on postural stability. Treleaven et al investigated the connection between cervical spine injury and found correlations with ability to reposition the head and increased postural sway.37 Marshall et al reviewed the role of the cervical spine in post concussion syndrome and concluded that assessment and rehabilitation of this area should be considered for chronic symptoms related to this injury.38 In this author’s clinical experience, manual therapy and cervical kinesthetic exercises can be of high value in certain cases of dizziness and balance disturbance from traumatic head injury. Treatment can often be dramatic with manual therapy, but often it may take more gradual intervention techniques as noted in Treleaven’s work.

This small review of relevant literature and the clinical experience of the writer supports the view of Broglio et al that “The heterogeneous nature of concussion renders a universal prescription of strict rest for all concussed athletes an ineffective strategy” and recent studies have implicated vestibular rehabilitation as one possible avenue to address those individuals with persistent symptoms. Recently, Schneider et al produced some positive empirical evidence on the combination of vestibular rehabilitation and cervical spine physiotherapy for concussed athletes with persistent dizziness.13 Another study looked at the data from 114 patients who were referred for vestibular rehabilitation following concussion and produced a treatment effect on 15 different measures of dizziness.39 Unfortunately, there is a paucity of literature on rehabilitation strategies for prolonged symptoms following concussion but with careful examination, as noted above, these symptoms may actually be derived from dysfunction in peripheral structures such as the neck and peripheral vestibular structures. As well, it is this author’s experience that subjects with suspected centrally modulated symptoms can still benefit from treatment strategies that are well documented in the vestibular literature for such things as vestibular hypofunction.