Editor’s Preamble: Hearing loss is something that we take for granted. After all, that’s the area we work in. Recently a case came to my attention of a woman who has a long standing moderately severe sensori-neural hearing loss. She depends on every square inch of the remaining hearing that she has. For some unexplained reason the word recognition ability in one of her ears significantly decreased. I wonder if there was anything else that we, as a profession, could have done, other than just patiently wait to see if the steroids would reduce the cochlear inflammation. This is her story.

My audiologist has asked me to express my feelings relating to the sudden and dramatic drop in the hearing of my right ear. Because I have a very severe hearing loss, I use bilateral hearing aids. Until August of 2015, I functioned reasonably well.

However, my ability to function at a fairly high level came to a sudden end in August when I noticed that there was a drop in the hearing of my right ear. My hearing had become completely one-sided, and it was a shock.

Interacting with both friends and the public had become difficult, and I was constantly fearful of not being able to understand what was being communicated to me. I enjoy conversation, and conversation had turned into an ordeal. I experienced emotional strain, and I could only pray that I would receive help from my exceptional audiologist who has given me wonderful support over the years.

My audiologist’s test had confirmed the drop in the clarity of my hearing in the right ear. A second hearing test was performed at Mt. Sinai Hospital in Toronto and this test confirmed the drop in my hearing. The ear doctor from Mt. Sinai Hospital prescribed steroids and advised me that if the steroids did not result in an improvement of my hearing I would probably require a cochlear implant.

I left the hospital with a feeling of both shock and dread. I had little expectation that the steroids would help. I felt a lot of fear and despair. I absolutely did not want a cochlear implant but at the same time I was trying to focus on the positive aspect of having the cochlear implant, if it came to that.

I'm happy to report that the steroids have helped to recover to some degree the hearing that I lost in my right ear. The test score of the first hearing test I had at Mt. Sinai was zero. After I had finished the steroids there was a significant improvement in the hearing test. I had a score of 65, much better than zero. I'm very thankful that I have benefited from the steroid treatment.

When Ellen Hibbard was nine years old, she went to her school library to borrow a science book, only to be turned away by her librarian. “The librarian looked at me up and down and told me I couldn’t borrow the book because I was Deaf, and Deaf people can’t do science or read those kind of books because deaf people are dumb.
“I went home in tears. I decided that evening and told my mom, ‘I’m going to become a scientist to show that Deaf people are not dumb.’”

She went on to not only prove it, but to break new ground. Hibbard is graduating at next week’s Convocation from Ryerson’s Communication and Culture with a unique PhD defence. It is a first for the university: a combined language/media document, half video with American Sign Language (ASL) and half English text.

A Musician Afraid of Sound 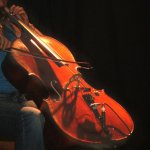 Source: The Atlantic
It’s 2011, and my husband can’t kiss me, even on the cheek, because the slightest touch sets off ripples of pain in my head, my face, my jaw. Every noise is an assault—a car alarm goes off, a baby squeals, a group of giggling teens race into the elevator. The ping of an ATM machine. Cicadas chirping. The roar of a leaf blower feels like a knife rotating in my ear. In sympathy, my husband and son tiptoe around me and recoil with each ding. When I must go out, I stuff my ears with custom earplugs and wear Bose noise-cancelling headphones, but they don’t help much. It is impossible to predict when noise will bring me to my knees.

I am a professional musician who can’t tolerate sound. 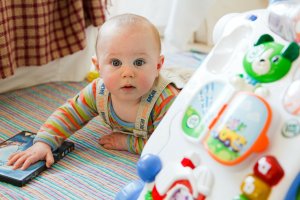 Source: The University of Iowa
Early access to well-fit hearing technology supports children’s language learning, according to a first-of-its-kind study that discovered many hard of hearing children who receive optimal, early services are able to “catch up or significantly close the gaps with their hearing peers. Photo courtesy of Skip Kennedy at Boys Town National Research Hospital

Hearing well impacts every area of a child’s life—language and speech development, social skills, and future academic and personal success.

Yet little research has been conducted that focuses on infants and preschoolers with mild to severe hearing loss to determine what support or services will help them succeed.

A large-scale longitudinal study, the first-of-its-kind in the nation, followed children ranging in age from 6 months to 7 years old who experienced mild to severe hearing loss.

The Outcomes of Children with Hearing Loss (OCHL) study, conducted by researchers at the University of Iowa, Boys Town National Research Hospital, and the University of North Carolina at Chapel Hill, examined the impact of early identification and intervention on children with hearing loss.

The study’s findings were published online Oct. 27  in a monographic supplement to the November/December issue of the journal Ear and Hearing, published by the American Auditory Society.

On Friday, October 23, 2015, the President’s Council of Advisors on Science and Technology (PCAST) voted to approve a report that recommends significant changes to the way in which older Americans can access hearing care in the United States. These recommendations, if implemented, could have a significant impact on audiology practice and on the delivery of hearing care. These recommendations are designed to address the 30 million Americans who have a slowly progressive, bilateral mild-to-moderate hearing loss and the ability of the consumer to self-diagnose, self-treat, and self-monitor their hearing status. 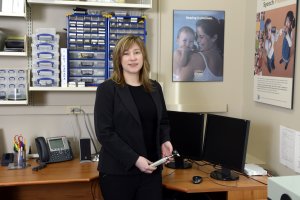 “People needed a good solution developed for fitting hearing aids on babies. We worked hard on that. It didn’t feel like pressure; it just needed to be done,” said Scollie, who leads the Child Amplification Laboratory Team.

Recently, WORLDiscoveries named Scollie its 2015 Innovator of the Year, as part of the inaugural Vanguard Awards, recently launched by the technology transfer and business development office for Western, Lawson Health Research Institute and Robarts Research Institute. The awards recognize local researchers, who, through partnership with WORLDiscoveries, have achieved various market-readiness milestones. Other researchers were acknowledged for their first innovation disclosure, first patent issued and first agreement signed.

Source: Hearing Review
Researchers at Yale School of Medicine have found that, for a mitochondrial defect that leads to hereditary hearing loss, manipulation of a certain enzyme may delay or prevent hearing loss.

Gerald S. Shadel, PhD, the lead investigator of a collaborative research team from Yale School of Medicine’s departments of Pathology, Genetics, Surgery, Cellular and Molecular Physiology, and Neurobiology, reports that mytochondrial dysfunction is responsible for a type of human hereditary deafness that worsens over time, leading to profound hearing loss. In a genetically-modified mouse model with a mitochondrial dysfunction that results in a similar premature hearing loss, Shadel and the research team showed that precise genetic reduction of an enzyme, AMP kinase (AMPK), can rescue the hearing. Their results are reported in an article in the November 6, 2015 edition of The American Journal of Pathology.

It is with dismay that we learned last Friday of the tragic death of our former colleague Tahar Amer-Ouali, which occurred Thursday, January 14, 2016, at the age of 69, in Jakarta, Indonesia.

Mr. Amer-Ouali was undoubtedly one of the pioneers of the Ordre des audioprothésistes du Québec (OAQ), earning his right to practice in the year that the OAQ was founded in 1974, and later completing his entrance examination at the University of Montreal, as required by the Office des professions du Québec to join the professional association of audioprothésistes in Quebec.

Throughout his career of nearly 40 years, Mr. Amer-Ouali made a significant contribution to the profession of audioprothésistes in Quebec. He was known for his dedication and kindness with his hard of hearing clients, but he also allowed other people to become audioprothésistes by accepting them as interns in his clinics.

He was a member of the OAQ's disciplinary board for five years. In addition, he was instrumental in leading his two daughters, Amina and Nacima, and one of his brothers, Djamel, to become audioprothésistes.

Sophie Gagnon, President, Ordre des audioprothésistes du Québec (OAQ)
No details are available at this time for the funeral service.