How Does Nature Construct an Ear?

By Geoffrey A. Manley, PhD

Editor’s note: I first became aware of the concept of historical contingency when I read Dr. Geoffrey Manley’s work in Acoustics Today which is a magazine of the Acoustical Society of America. This had actually been in response to an earlier publication by Lorimer and colleagues in a 2015 publication in Science Reports. Historical contingency is…. Well, just read on…

Preamble: Some new attempts to understand the evolution of the ear of mammals are based on assuming the dominance of physics, even going so far as to assume that “nonlinear physics led to the unique design of the cochlea observed in mammals.”1 In our comments on this paper, my colleagues and I show that this kind of conclusion is erroneous, since it ignores very fundamental characteristics of evolutionary change in biological structures.2 Here, I place an emphasis on historical contingency, i.e. the powerful influence of what already exists in determining what can come. Lorimer et al.’s use of the word “design” reveals a flaw in thinking.1 Evolution does not design structures, comparable for example to someone building a racing yacht from scratch, using the best materials and design software available. To continue this nautical comparison, natural selection is forced to work with what is available, like a stranded sailor using flotsam and jetsam to put together something that floats. 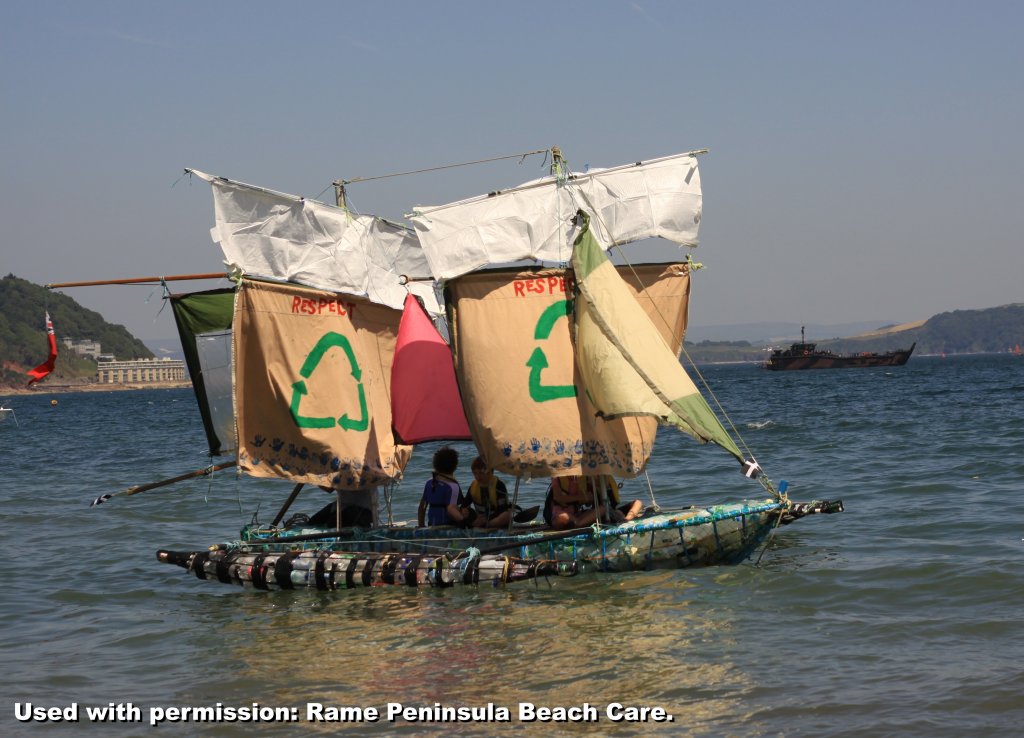 This short essay concerns not constructing an ear in the sense of ontogeny (development of the individual), but that of evolution (emergence of new structures and species). When discussing a structure whose function it is to receive and process mechanical signals such as sound, the principles of physics will, of course, play a major role. The ear of mammals, similar to the ears of groups such as birds and lizards, is, however, built from structural and biochemical elements that are not new. While the structure and function of these elements, may use nonlinear physics solutions, many existed in related sensory cells at the very beginning of vertebrate life. Many of these, especially the sensory hair cells themselves, supported ancestral vestibular systems, as detectors of linear and rotational acceleration.3 These cells had a bundle of stereovilli (“stereocilia”, plus a true cilium) on their apical surface and these were connected partly through “tip links” that were placed under tension by stimuli and directly opened transduction channels. The biochemical mechanisms of opening and closing of channels became incorporated into an active process that, at low stimulus levels, injected energy into and enhanced the movements.4 These were early developments that provided sensitivity by overcoming viscous forces. The functions of these 500 million-year (Ma) old hair-cell features still play an important role in auditory sensitivity in modern ears. We will shortly discuss mammals more closely, but first some comments on middle ears.

Some Comments on Middle Ears

Land vertebrate middle ears are quintessential mechanical transformers. Using an area ratio and a lever system, they provide an interface to move sound energy from low-impedance air volumes to the fluids of the inner-ear. In contrast to “design” expectations from the first principles of physics, however, paleontological and comparative-anatomical studies revealed that modern middle ears were formed through the recruitment of “used” body parts that had originally been involved in completely different functions. This happened in such an ad-hoc fashion that during roughly the same geological period, about 220 Ma ago, not only did all major groups of non-mammals evolve their middle-ear independently of each other, but so did all major mammalian groups. In addition, mammals evolved their middle-ear at a more ventral location in the head, so that in contrast to non-mammals, the middle-ear space and the Eustachian tube must have evolved de novo. This illustrates the main point I and my colleagues were making that far from being determined by underlying principles of physics, the previous history of structures has a vital and decisive influence in evolution – historical contingency is the main force determining the trajectories of new structures.2

The mammalian middle-ear is made up of five components, the middle-ear cavity, the eardrum, the malleus, incus, and stapes: Remarkably, only the stapes has the same origin as (i.e., is homologous to) the equivalent structure in non-mammalian middle ears. The stapes, which is homologus to the non-mammalian columella, the main component of the single ossicle that fully spans the middle-ear space. The stapes-columella is a “used part” that has an abnormally checkered history. Its evolutionary “career” began as a skeletal element, the hyomandibula, supporting the frontal gill (branchial) slits in fishes and its function was respiratory. Upon vertebrate emergence onto land, gills were no longer useful, but instead of disappearing, this branchial element became a stabilizer of the skull, preventing structural distortions caused by forces moving the jaws – the stapes-columella was re-used as a structural support element. This happened to lie near the inner-ear, which in those early times was essentially a vestibular sensory complex.

In the early Mesozoic era, all “reptiles” diverged and formed lineages to modern turtles, lizards and snakes, birds and crocodilians, and mammals and each subsequently and independently evolved middle ears. All non-mammalian groups moved the columella into the remnant of the first gill slit (the spiracle, which was then closed by an eardrum), resulting in both eardrums being widely connected through a common middle-ear-buccal cavity. This had important consequences for the binaural processing of sound.5 Mammals, in contrast, evolved their middle ears simultaneously with a major reorganization of the jaw joint. Here, the lower jaw was simplified and strengthened by reduction to a single bone, the dentary. Simultaneously, the old jaw joint was supplemented by a new articulation between the dentary and the squamosal of the upper jaw, forming a double joint that enabled the important transition to abandonment of the old articulation. The elements of the “old” jaw joint (quadrate and articular), however, were not lost, but became incorporated into the typical mammalian middle-ear as the malleus and incus, respectively.

This process, begun in mammalian ancestors, was completed at different rates in the subsequent lineages (e.g., therian mammals and egg-laying mammals, but also now-extinct groups) so that – with one exception, which had five ossicles – all evolved a three-ossicle middle-ear.6 In spite of structural differences, non-mammalian and mammalian middle ears – despite greater stiffness of the mammalian middle-ear – have an equivalent functional organization and enable the same sensitivity to airborne sounds.7,8

This middle-ear story, basically known since the 19th century, clearly illustrates how the history of different animal groups majorly influences the morphology of the ear. Land vertebrates have many times produced well-functioning middle ears from structural elements left over from other changes in anatomy. Thus a “making do with used bits and pieces” can just as well describe biological evolution as the need to have function submit to physical constraints. But is the same true for the inner-ear?

The Evolution of the Inner-Ear

The independent origin of middle ears was the event that triggered inner-ear evolutionary events in all groups that increased the ears’ ability to cope with and utilize the resulting great increase in information about sounds being input from the outside. Through the Mesozoic era, all land vertebrate groups changed their inner ears, including in most cases major increases in size. Following the final, fully formed mammalian middle-ear, however, only one of the two living groups of mammals (therians – pouched and placental mammals) exploited the opportunities to the fullest. The other group (egg-laying mammals, the monotremes, such as spiny anteaters and platypuses) retained a banana-shaped inner-ear that is still only 5–8 mm in length and lacks many features of therian cochleae. Although monotreme ears will not be discussed below, it is worth noting that “nonlinear physics” apparently did little to improve their function.

Over the course of many millions of years during which the middle-ear ossicles became smaller, therian cochleae became longer and more curved. They had – together with the egg-laying mammals – inherited a basic pattern of cellular elements (two kinds of hair cells separated by a tunnel formed by pillar cells, known of course as an “Organ of Corti.”8,9) Crucially, after achieving one full turn, the spiral form did not simply form a ring, but became more conical, permitting the evolving, new second turn to overlay the first, thus removing immediate limits to cochlear elongation. At about the same time, bone invaded the hearing organ, anchoring it to the cochlear tube and enabling a stiffening of its supports that created a better match to the stiffness of the middle-ear. During the elongation process, a number of major changes occurred in the soft tissue of the cochlea. In therians, and probably partly due to elongation of the epithelium, the numbers of rows of the two hair-cell types were reduced, to one row of inner and three rows of outer hair cells arrayed along a basilar membrane that was supported on each side by stiff tissues and partly by bone. The later evolution of high-frequency hearing was partly due to this pre-adaptation to the inherent stiffness of the mammalian middle-ear, but was also enabled by new functional elements. The stria vascularis formed, collecting both potassium-concentrating and endocochlear-potential generating elements into a dense, multi-layered unit10 and, vitally, a new, additional, active process evolved. Over millions of years, a transporter molecule in the hair-cell membrane became more sensitive to the voltage gradient across the membrane. Discovered by Peter Dallos’ group in 2008, the protein prestin is massed in the lateral membrane of outer hair-cells, and can very rapidly change the length of the hair cell and, in doing that, can drive the entire organ of Corti at frequencies much higher than those typical for non-mammals.11 Thus was laid the foundation for an evolutionary trend towards high-frequency hearing in mammals that reached its extremes in bats and toothed whales.

Thus, over long periods of time the re-allocation of existing structural and biochemical elements was the basis of all the major evolutionary trends in the hearing organ of land vertebrates. In contrast to the obvious dominance of historical contingency, an obvious creative “drive” from physics principles underlying hearing is not discernible.