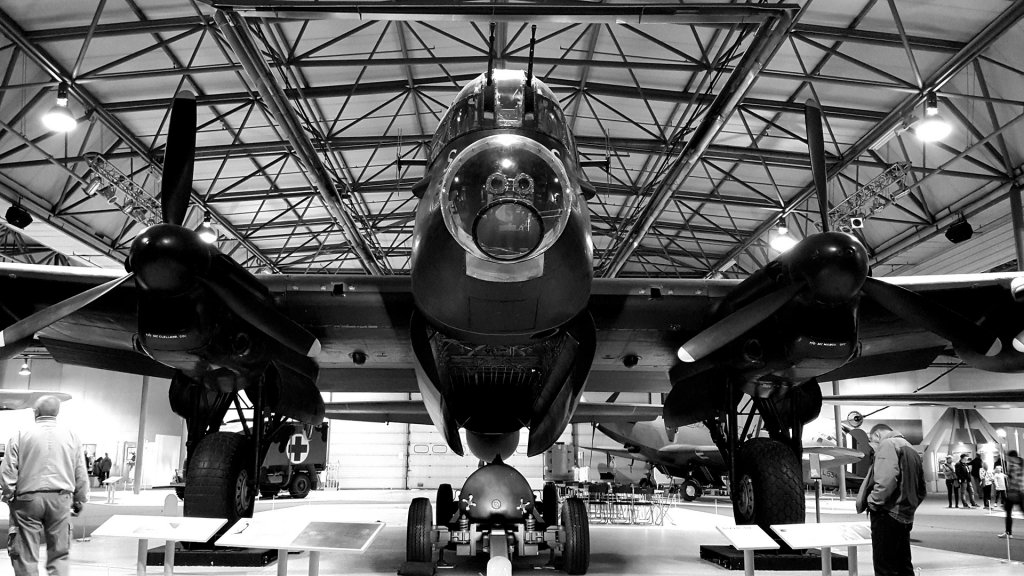 Imagine being about 20 years old, a short time ago in high school, working on the family farm, the local gas station, or grocery store. As the United States joined the allied forces in WWII many of these young men enlisted the Army Air Corps to do their part in the defeat of first Germany, then Japan. For the most part, the first few months of their military time was interesting and quite fun. They were being trained as pilots and crew for the fiercest flying weapons ever designed, the B-17 Flying Fortress and/or the B-24 Liberator.

Once trained and ready, a mission morning consisted of, 10,000 Airmen taking off from the safety of their bases in England each day for one of their required 25 missions, knowing that any one of these flights could be their last. They knew the 8th Air Force casualty rate of 80% meant that of the 10 guys that eat breakfast with you in the morning, only 2 will return for dinner. From the moment they woke up, tension and apprehension built up, reflecting the anxiety created by the large number of our comrades had been shot down the day before. To lessen the tension, aircrews developed strategies to keep the minds and bodies occupied, such as singing the “Beer Barrel Polka” or other exercises during their missions to keep their minds and bodies sharp during te long flights to and from the target. After a hearty “chow hall” breakfast the crews were briefed on the day’s mission and began readiness for an 0850 take off, making the time for pilots to start their engines about 0815. While some crews began earlier and others later, a white flare fired from the tower indicated the beginning of the flight and all of the 1,200-horsepower Wright Cyclone engines came to life producing a simultaneous explosion of very loud sound.  The anxious eyes of each crew scanned the many instruments ensuring that engine performance was satisfactory and then one by one each Fortress took their place in the takeoff line to begin the 9-10 hour flight to and from the target.  During their flight they were not only exposed to the noise of the aircraft but also the noise of enemy resistance from Flak and Messersmidtt fighters along the way, not to mention the noise of combat guns, inherent to these missions.   If the Airmen are lucky, they will return to their English or Italian bases and repeat these noisy exercises until they reach the magic number of 25 missions. Such was the plight of many terrified but courageous young men as they went to war with the goal of “gutting out” their mission and surviving to fight another day.  The early confidence of mission planners that the bombers’ defenses alone could repel the aggressive attacks by the Messerschmitt fighters were quickly shattered.  Aircrews would take off in the early morning, go to 37,000 ft where it was 50 below zero as they managed the Browning M2 .50 caliber machine guns shooting at German fighters. Guns would “ice up” and jam, creating havoc when the fortresses under siege. Losses of aircrews to and from the targets were extremely high. It was not until long-range fighters such as the P-38 Lightning and P-51 Mustang aircraft capable of escorting the bombers to and from their targets that losses dropped to an more acceptable level. 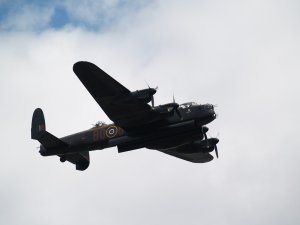 There is not a lot of literature as to the exact noise levels in the B-17 and B-24 planes or the levels under combat conditions.  There is not much on the levels experienced by the fighter and other combat situations.  This reflects the fact that noise was not considered a health hazard at the time and a “take it like a man,” “Gut it out” attitude prevailed.   Nowhere in the military, on either side was hearing damage considered to be of importance, there was the enemy to worry about – hearing was not that important, just to be alive for another day was the goal.   On top of that they were exposed to about 95 dB of noise for 9-10 hours for each of their 25 missions.  Part of that time was almost assured to be combat with the fighters and the impulse noise of 132 dB of the Browning M2 .50 caliber machine guns located around the ship itself.  There was huge noise exposure among these air crews and we will investigate that further in Part II.