An Interview with Dave Preves, PhD 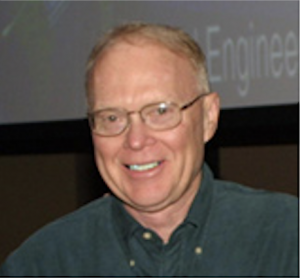 1. You were one of the first chief engineers that I recall working with a manufacturer. What attracted you to a technology that was limited by 1 volt?

I was intrigued by the challenge of achieving good hearing aid performance using 1 volt circuitry packaged into very small sizes. When I first began working in the industry in 1970, the first low voltage analog integrated circuits (IC’s) were starting to become available, some especially designed for hearing aid application. With IC’s, more signal processing options (e.g. compression) were possible within hearing aid size and voltage constraints in comparison to utilizing individual transistors, which was the most recent practice at that time. I was also challenged to find out as much as possible about how the human auditory system worked and how different types of hearing loss degraded it so as to be able to design the most appropriate hearing aid processing. This quest led me to return to school, pursuing a Ph.D. in biomedical engineering at the University of Minnesota, with course-work focused on the study of speech science, psychoacoustics and physiology of the auditory system as well as electrical engineering.

As I discovered from studies performed during my first years at Starkey1, 2, 3 in-the-ear (ITE) hearing aids made sense technically because of a within-concha microphone position, which produced a signal into the microphone inlet having a few dB greater high frequency energy re: that of a behind the ear (BTE) microphone inlet position, and an in-canal receiver position, which placed the primary resonance of the hearing frequency response near that of the unaided ear canal. Also, ITE hearing aids did not have the disadvantage that BTE hearing aids have of perspiration running off the wearer’s hair directly into the hearing aid. Additionally, customizing hearing aid size, shape and electroacoustic performance for the individual wearer made intuitive sense, in part because BTE hearing aids at that time had limited flexibility in adjusting their performance.

3. I recall an early attempt to create a real ear measurement system in the early 1980s. If I recall, it used an actual hearing aid microphone in the ear canal rather than a probe tube.

The RE4 Probe Microphone system was introduced by Starkey in 1980 after the late 1970’s RE1 and RE2 Real Ear Probe Microphone Systems, which were designed specifically for use with Starkey, Frye Fonix, Bruel and Kjaer and Phonic Ear hearing aid test equipment. All of these probe microphone systems used a hearing aid microphone, and they turned out to be more of a research tool than a clinical tool, since it was a bit tricky to insert a hearing aid microphone into an ear canal which already had an earmold or earshell in place. Use of a probe tube for real ear measurements soon followed by introduction of the Rastronics CCI-10 probe tube microphone system.

4. Another innovation that I was considering purchasing (but didn’t) was a large board with sockets with various filters and compressors where any combination of technologies could be simulated. Now a days we can do this with software, but what was the thinking about creating such a tool in the 1980s.

I believe that you may be referring to the Hearing Science Laboratory, developed at Starkey by Dr. Barry Voroba. This product came out of his Ph.D. work at City University of New York, and was intended to simulate psychoacoustic effects of the auditory system as well as hearing aid signal processing. There was a 1978 text that went with it Experimenting in the Hearing and Speech Sciences, by Barry Voroba. We also developed at Starkey a master hearing aid system called the CE Evaluator, which simulated monaurally or binaurally their hearing aid systems using actual hearing aid components, including directional and omni-directional microphones, and in-the-ear shells with variable venting.

5. You have been involved for years on standards committees. Can you describe some of your contributions?

I was privileged to take over the chairmanship of the ASA-ANSI S3/WG48 hearing aid standards working group (WG) from Samuel Lybarger in 1982, continuing up to when I retired in November, 2017. This standards WG has as members highly talented and dedicated individuals with whom it was a pleasure to continue the work started by Lybarger of formulating and updating standards on measuring hearing aid performance for quality control, directionality and signal processing, In this role, I also represented the US on the IEC TC29 hearing aid standards committee, which helped to achieve much-needed harmonization between comparable ANSI and IEC hearing-aid measurement standards. Over the years, I was also a member of several other ASA-ANSI and IEC hearing-aid-related standards working groups, which formulated standards for real ear systems, assistive listening devices, ear simulators and manikins, and induction loop systems.

6. Under your leadership the ANSI S3.22 hearing aid standard has undergone some changes over the years. Can you comment on these changes?

When ANSI S3.22 was first issued with Samuel Lybarger as chair of the S3/WG48 working group in 1976, compression in hearing aids was a new feature, so it was decided that hearing aids should be tested with maximum compression setting. Since then, compression (automatic gain control or AGC) has become routine and many other features have become available in hearing aid signal processing. ANSI S3.22 has been revised in 1982, 1987, 1996, 2003, 2009 and 2014. Significant changes made in these revisions include adding special purpose frequencies for hearing aids with special high- or low- frequency emphasis; testing hearing aids to performance tolerances with them operating in “linear” mode, e.g. setting the gain control to reference test position, testing total harmonic distortion, equivalent input noise, battery current drain, high frequency full-on gain, induction coil sensitivity, and obtaining the frequency response curve; moving the tests and eliminating tolerances for AGC to an annex; and allowing the manufacturer to specify software test settings. Other than these and other less significant changes, much of S3.22 – 2014 still resembles S3.22 - 1976 as it was first conceived.

ANSI S3.22 is a “reporting standard”. Do you ever see the development of a “performance standard”?

Yes, since 1976, ANSI S3.22 is a standard whose purpose is to ensure hearing aid quality control. (It exists because of a request for a standard from the FDA). Depending on what you mean by a “performance standard,” ANSI S3.22 does specify tolerances for several measured parameters as mentioned above. One reason that there are few performance standards is that it is difficult to reach consensus among standards committee members for what constitutes acceptable performance. ANSI S3.42 part 2 Methods for Characterizing Signal Processing in Hearing Aids With a Speech-like Signal (a nationally-adopted IEC standard) and S3.46 Methods of Measurement of Real-Ear Performance Characteristics of Hearing Aids are more like a “performance standard” as I think you are defining it. It is likely that there will be further efforts to characterize “real-world” hearing aid performance in both ASA-ANSI and IEC hearing aid standards working groups.