What is the Best Earphone for Listening To Music? 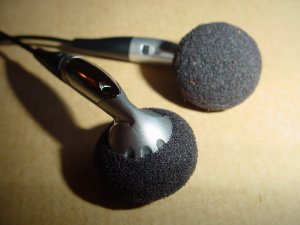 As hearing health care professionals we are always asked, almost as an after-thought as our clients are walking out the door, “what is the best earphone for my MP3 player?” It reminds me of the 1970s police detective show starring Peter Falk called Columbo. Detective Columbo appeared to be an absent minded, rumpled policeman who always said as he was about to leave, “oh… one more question…” and that of course was the most important thing that would later come back to haunt the bad guy. (And for the younger readers, Peter Falk played the grandfather in the Princess Bride).

So what is the “best” headphone that can be used for listening to music?

The best headphone should have four features:

Dispensing with the fourth item first, everything is better if it is red; everyone knows that red cars go 37% faster! Let’s dwell on the other three features.

Some manufacturers market “kid safe” earphones that prevent outputs in excess of a certain level (e.g., 90 or 95 dB SPL) by simply limiting the output, which creates peak clipping distortion. Others (for example, ETY-Kids safe-listening earphones http://www.etymotic.com/ek5.html) have taken special care to attenuate the input to the earphone, thereby offering safe but high-quality music to the child that can be played for at least 4 hours at maximum volume settings on mp3 players, and without audible distortion.