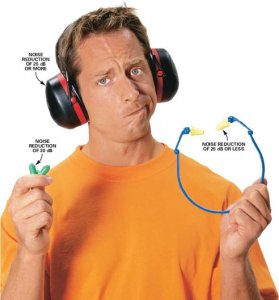 Well, looks that good old Aram has answered the question. Or not? “The best is the one that is worn,” says he. Which one – since there are over 300 types among plugs, muffs and semi-inserts (without getting into the specialized models such as the active or the musician ear plugs). Did he mean the most popular? The number one in the sale list?

No, Aram wasn’t wrong: the statement reads that it has to be something that the user wears all the time that he is in a noisy environment. Not because he MUST wear it, but, simply because it is not uncomfortable!

But, are hearing protectors uncomfortable? Hell, yes, especially if you are wearing them for a long 8 to 12-hour shift! Fair enough, no personal protective equipment is entirely comfortable. Except, probably for the safety glasses. Respirators top the list as being the worst offenders and, probably hearing protectors follow closely behind with safety shoes further down towards the bottom of the list.

Back to our hearing protectors, we are facing a paradoxal situation: we flag the hazard from noise, we provide hearing protectors (HPs), we train how to properly don and doff them. However, we still see people in noisy environments with protectors unproperly donned or totally missing! That is especially true with the semi-insert protectors that some people like to have dangling around their neck, instead of inserted in their ears. In most cases, if you ask them why are they not wearing them, the answer is lack of comfort!

Two properties are of importance when dealing with HPs: attenuation and comfort. Attenuation is defined as "Change in hearing threshold that results when a hearing protector is worn.”2 There are standard procedures for the measurement of attenuation.3 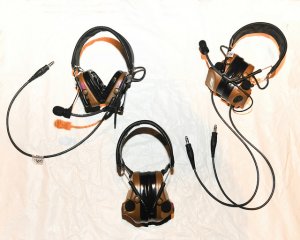 As per the same CSA Z94.2 standard, the best protector is the one that reduces the noise level of the protected ear to between 75 and 80 dBA. This statement takes into account the negative effect of overprotection, something that we can discuss later in another article.

So far, so good with respect to attenuation.

What about comfort? Believe it ir not, there is no definition of comfort. There are neither standards nor procedures for its measurement in Canada, nor in the rest of the world. The literature presents comfort factors for plugs (sizes, shapes, types/styles and ease of attaining acoustical seal) and muffs (headband tension, sushions pressure, weight, ability of the muff to cover the ears and cushion characteristics). Depending of the environment (temperature and humidity) and the tasks a worker is performing, one may prefer a plug or a muff. Compatibility with other protective equipment is another “must.” So, there are guidelines of what to take into account when dealing with this issue, but that is all.

So, the simple answer to the question in this article’s title is that there is nothing like a “best” hearing protector. As a matter of fact, if there was one, then all manufacturers will be making it and we will not have the variety we are observing in the market today.

Just going over the products that are available, protectors can be divided into the four types shown in Figure 1 and Table 1. Then, each type has different families according to make, shape, etc. And that applies to only the so called “conventional” protectors. 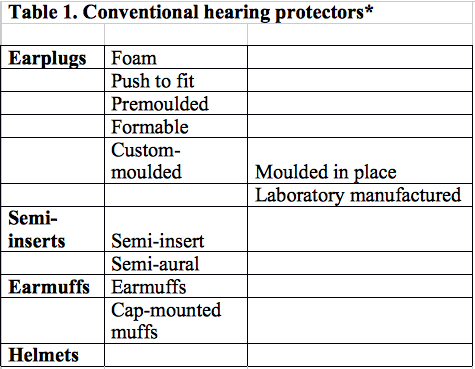 To make it even more complex, we have another branch known as Specialized hearing protectors, shown in Table 2. Those are devices developed to satisfy particular needs. 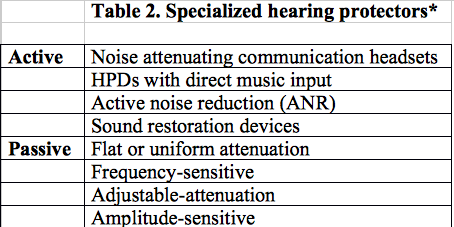 It is not the intention in this article to explain each of the above but it is something we will certainly do in a future issue of Canadian Audiologist.