Last week’s post chronicled the story of Harley-Davidson, the motorcycle manufacturer, attempting to get a federal trademark on what many call the unique sound of a Harley (motorcycle). After years and tens of thousands of dollars fighting comments from other motorcycle companies, and no end in sight to the litigation, Harley voluntarily withdrew their sound branding trademark application.

This HHTM (Hearing Health and Technology Matters) Internet site writes on issues related to hearing, and by way of that, to sound itself. The thought of sound branding had not occurred to this writer until hearing from someone that Harley-Davidson had, at one time, attempted to patent their sound. Upon review, this was not the case. They had attempted to apply for a federal trademark for the distinctive sound of their motorcycle engines, not a patent application.

Can Sound Be Branded?

Sound logos (audio logo, sonic logo, or audio mnemonic), jingle, brand music, and brand theme are all sounds that have been branded. While there are semantic differences between these sounds, the basic intent/requirement is that the sound is relatively short and has a distinctive melody or other sequence of the sound.  It is generally positioned at the beginning or end of a commercial. In fact, it often is presented in combination with a visual logo to reinforce the brand, and may be seen as the visual logo’s acoustic equivalent.  Perhaps one of the most famous is the music introduction accompanying Twentieth Century Fox movies.

To put this all in perspective, let’s digress somewhat and describe basic United States trademark law.
United States trademark law is governed mainly by the Lanham Act. “This law is intended to protect a business’ commercial identity or brand by discouraging other businesses from adopting a name or logo that is “confusingly similar” to an existing trademark. The goal is to allow consumers to easily identify the producers of goods and services and avoid confusion”2.

“Generally, a trademark is a word, phrase, logo, symbol, or character, or a combination thereof, used in connection with goods and services distributed in interstate commerce that serve to identify the source of the products or services and distinguish it from competitors”3.

Essentially, just about anything can be submitted as a trademark, as long as it is not obscene.
Depending on its intended application, these goods and services can obtain different designations, such as: TM, SM, or ®.

The “TM” (abbreviation for trademark) can be applied at any time when the intent is to assert trademark rights to a word, logo, symbol, etc.  This is often referred to as Common Law trademarking. Common law trademark rights are acquired automatically when a business uses a name or logo in commerce and are enforceable in state courts.

However, it does not have significant legal meaning because the trademark can be asserted at any time prior to a formal federal registration of the trademark. This mark applies common law rights, but these vary in degree and may not confer any significant protection3. Common law trademarks are valid as long as the mark is used, unless some other determination ends that use.

The “SM” carries the same rights as the “TM,” except it is used for services and not for goods.
The ® symbol indicates that the trademark has received federal registration from the USPTO (United States Patent and Trademark Office) and is in good standing. Such Federal registrations are valid for ten years, but can be renewed seemingly forever, but must be renewed during that time (fifth year of registration) to keep the mark in good standing2. Even colors, color patterns, and sounds have received a federal registration (the plaid design of 3M Scotch tape; the 3 tones of NBC). Trademarks registered with the USPTO are given a higher degree of protection in federal courts than do unregistered marks, although both trademarks are granted some degree of federal protection under the Lanham Act3.

Back to the Sound Trademark

Basically, a sound trademark is where sound is used uniquely as the trademark function to identify the commercial origin of the product or service.

The distinctive feature of a sound logo is that it leads to learning effects on the consumer’s perception of a certain product1. It is the action of the human brain automatically expecting the ending – something like “Mary had a little ……….” – in this case, either in verse or song.

Some sounds that are officially trademark registered include: 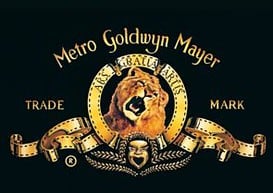 Relating back to the HOG’s Sweet Sound post and Harley-Davidson’s attempt to federally register the trademark sound, one is struck with what might be called a massive inconsistency by the USPTO in granting sound registrations. Harley-Davidson realized that if it could capture its own sound, it could distinguish the brand at every point of customer interaction.

The main argument (by competitors, and even by USPTO insiders) was that the Harley sound was not unique.  That other motorcycle engines had the same sound (disputed by Harley and others). What may have contributed to no action being taken was the solicitation by the USPTO to Harley competitors to comment on the action, resulting in years of legal hassle and mounting costs. Having not worked on trademark registration, but on patents, my questions is, was the request for comments proper and normal procedure? If not, why was this solicitation for comments requested?

If the sound was not unique, then how was the MGM lion roar, the Anheuser-Busch howling wolf, and Twentieth Century Fox cat’s meow unique from any other lion’s roar, howling wolf, or cat’s meow, and granted trademark registrations?  When listening, they cannot be differentiated from other animals performing the same act. Many other sound logos consist of different combinations of musical notes, so the brain can learn and anticipate the ending.  But, a lion’s roar, wolf’s howl, a cat’s meow?

Summary – Isn’t That the Cat’s Meow? 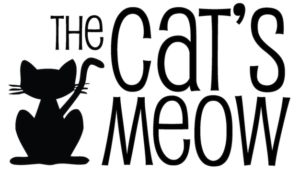 Whether Harley’s sound became federally trademarked or not, is not really the issue here.  What is notable is that some sounds can be federally trademarked.  It is thought that the number will increase substantially in the coming years, but it is suspected that they may not get the “powder puff” treatment as did the lion’s roar, wolf’s howl, and cat’s meow. And, to the best of this author’s knowledge, there are no federally trademarked sounds in the hearing aid industry at this time.