Tinnitus is one of those many areas of science where the more we know, the more we realize that we don’t know. Over decades I have seen countless hours of serious clinical and basic research carried out (including some work of my own) however we have yet to see much solid progress on understanding the pathogenesis and perceptual mechanisms of tinnitus. On the other hand, thinking about and investigating mechanisms of tinnitus has provided some useful insights on fundamental aspects of brain physiology. This includes neuroplasticity, cross modal (sensory) interactions and sensory brain homeostatic mechanisms.

Before I touch on these issues, let be start by emphasizing that as with many sensory disorders, tinnitus is not a single entity. There are multiple initial causes, there are many manifestations, and the nature of tinnitus may change over time in an individual subject. Any clinical study (i.e., of human subjects) has to start with an attempt to sub-classify a tinnitus type from what is otherwise a spectrum disorder. The division of subjective versus objective tinnitus seems clear, although even this distinction can be clouded when a perceived tinnitus is associated with an abnormally strong spontaneous otoacoustic emission. The distinctions between peripheral versus central origin or left-sided vs. right-sided are also very difficult to establish. 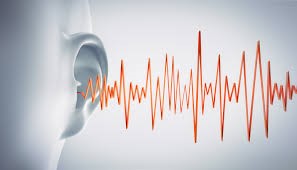 Perhaps the only definitive categories of tinnitus type are those where the causal factor is very clear. This is most obvious in subjects with brain injury or stroke that affects a known auditory brain region. A categorization of tinnitus may also be clear when it is a consequence of ototoxic drug treatment or after noise trauma. However, even in these cases of known cochlear insult, the perception of tinnitus may involve different mechanisms in an early post trauma phase compared with a long-term manifestation, sometimes after a dormant period of many years. Then, irrespective of etiology or with no known initial symptoms, tinnitus can emerge “out of nowhere” in old age.

Returning to my initial comments about how the study of tinnitus has provided insights into general brain mechanisms. Let me give a few examples. Many forms of tinnitus have an initiating cochlear insult that results in excessive neural activity (e.g., glutamate excitotoxicity after inner haircell damage); this is often perceived. Work on brain neuro-plasticity suggests that such an abnormal peripheral activity pattern may cause neural reorganization at higher levels in the system, including a change to tonotopic mapping in cortex, or the establishment of an abnormal neural network. In the longer term after cochlear trauma, the origin of the percept of tinnitus transfers to being intrinsic to the cortical reorganization. Perhaps related to an over-representation of certain sound frequencies or a shift of the neural network into a positive feedback mode. Numerous imaging studies have been made and are being made as we speak, in both humans and animal model, to identify such auditory brain hotspots. 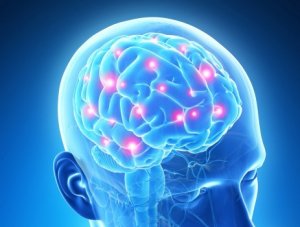 Whilst the search for neural reorganization in subjects with tinnitus has mainly focused on the cortex, some important work has also shown that after initial cochlear insults, the abnormal neuro-plastic change can be established at the brainstem level, at the cochlear nucleus. Such work, particularly by Susan Shore and her colleagues1 have also found that this brainstem area integrates somatosensory and auditory input, and is a definite candidate as the site of origin of the type of tinnitus that can be modulated (or eliminated) with somatosensory stimulation.

Some types of tinnitus have also been studied in the framework of auditory brain homeostasis. A term often used is “central auditory gain,” a mechanism that modifies neural activity amplification according to changes in peripheral input levels. The clinical clue to this comes from the common association between tinnitus and hyperacusis, which could be explained as an increase in central auditory gain. A tinnitus sensation could arise when that gain mechanism is adjusted to be too high. 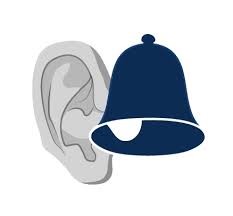 Very much related to the auditory gain hypothesis is another commonly suggested mechanism for tinnitus generation, such as a change in the balance between neural excitation versus inhibition in brain networks. The brain spends considerable energy in suppressing activity, because if there were no controlling inhibition many neural networks would run “out-of-control.” Indeed, the running out-of-control of auditory networks because of reduced inhibition is a likely cause of age-related tinnitus. As we age, brain inhibitory mechanisms naturally become attenuated. Under such conditions tinnitus percepts can arise.

I started this column on the somewhat negative note by saying that the more we know about tinnitus the more we see how little we know. However, we have come a long way recently. If we can properly subdivide tinnitus into homogeneous categories, and can associate these subtypes with specific brain mechanisms, then we will be on the road to devising effective therapeutic interventions.