The Close Encounter of the Audiology Kind: Brian Moore

I was doing my master’s degree in audiology at McGill University back in 1993. Richard Parncutt who was doing his post-doc with Al Bregman at the time was our instructor in a Hearing Science course. He was covering the concepts of the critical bands and masking in one of his lectures. I was looking for further clarification on the topic and I bumped into An Introduction to the Psychology of Hearing by Brian C. J. Moore, 1989, 3rdedition, Academic Press. I started reading the book and highlighted the important sections with a yellow marker. By the time I finished the book the whole book was highlighted in yellow! I still have the book in my library.

Moving forward in time I was hired as a junior assistant professor of audiology at the University of Arizona in 2001. One of the courses that I was assigned to teach was a Hearing Science course which I was teaching with Ted Glattke. The 2nd part of the course that I was teaching was psychoacoustics and once again, Brian’s book came to the rescue. The problem was that the whole book was highlighted in yellow as important! So, I had to summarize the important portions of the important parts which was very difficult.

In 2002 I relocated to the University of British Columbia and one of the courses that I was assigned to teach was again a Hearing Science course. I continued to use his book for teaching and several years later he introduced the cochlear dead region concept and introduced the first version of threshold equalization in noise (TEN) test which I immediately started to use in my teaching and implemented in my practice. One of my thesis students, Nerrisa Davies, implemented this test in her master thesis entitled “Prevalence of Cochlear Dead Regions in Different Clinical Population.” I have recently started using this test in the context of developing a test battery for cochlear synaptopathy. 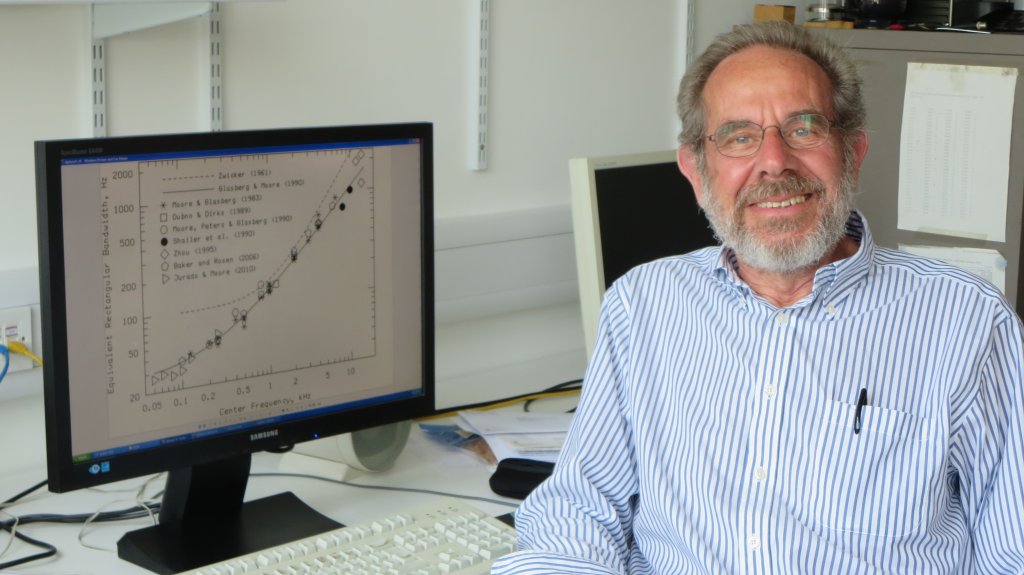 Brian’s work has had a lasting impact on me as a student, teacher, and researcher throughout my career. His contribution to the world of hearing goes well beyond one discipline and has influenced and shaped the work of many researchers and clinicians across the globe. Thank you, Brian!