The Three V’s as a Recipe for Success 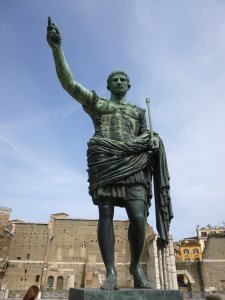 Veni, vidi, vici; I came, I saw, and I conquered, is a Latin phrase attributed to Julius Caesar in a letter he wrote to the Roman Senate around 47 BC after obtaining a distinct military victory of an opposing army. This phrase is also appropriate in describing Dick Salvi; innovative scientist, distinguished professor, respected colleague, friend, and formidable investigator for his ability to advance many distinct areas. However, at this point-in-time, the quest to solve the tinnitus conundrum is incomplete. Although advancement are being made. Tinnitus and neuronal plasticity in the central nervous system (CNS) has been areas-of-interest that Dick has been very passionate about since his early days as a graduate student at Syracuse University.

But first, some background: I initially met Dick when I was a Master’s student in audiology at Syracuse University (SU). Dick was finishing his PhD in physiological psychology. Don Henderson and Roger Hamernik were team teaching a course in hearing science and Dick was their teaching assistant. That meant that anytime Don or Roger were stumped by a question from a student (which was infrequent), he’d refer the question Dick; who always came through with the answer. As an aside, I must admit, that this was one of the best courses I’ve ever taken in graduate school, largely due to the knowledgebase and teaching skills of Don Henderson (RIP). It’s somewhat unimaginable but this class was almost 40 years ago! Even at that time, Dick was interested in tinnitus and plasticity in the CNS which have been topics he has pursued vigorously ever since.

It is also of interest to note that students in the master’s program in audiology at SU were a tight-knit group. One student, Sally Arnold, was a good friend in the Master’s program. Sally was a very impressive, very smart individual, and went on to get her PhD in audiology at Northwestern University. After her time at Northwestern we lost touch for a while but then by chance, I heard that Sally and Dick hooked up and got married (good for her; but, much better for him)!

Over the years, Dick and I became good friends; typically meeting up at the annual meeting of the Association for Research in Otolaryngology. Each year he always presented more posters and podium presentations than most and always seemed to have a group of students following him around like a pack of ducks. These observations haven’t changed!

Dick is also well known for his uncanny ability to pick unique venues around the world to sponsor scientific meetings. In the mid-1990s, I was invited to attend a conference in northern Italy on Plasticity and Regeneration in the Central Nervous System organized by Salvi, Henderson, Fiorino and Colletti. We (myself and a group of physicians and scientist from Albany, NY) gave a presentation on “gaze-evoked tinnitus.” Subsequently, we published several papers and a book chapter on this topic. Dick and Allan Lockwood (a neurologist colleague at the Buffalo VA) followed up on this topic and found that “gaze modulated tinnitus” was a relatively common phenomenon following acoustic tumor surgery and they used positron-emission tomography (PET) to image this activity in the brain.

Finally, the Roadmap to a Cure, was a document and conceptual framework that Dick, myself and many others contributed to for the American Tinnitus Association to highlight areas where advancements were needed in the treatment of tinnitus. Dick contributed significantly to this document and like many other areas, he continues to advance the field of hearing science in general and tinnitus research in particular. Clearly, we need more Dick Salvi’s to expand developments in a very exciting area of sensory science.