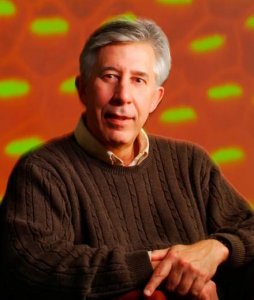 Dr. Ed Lobarinas and I are honoured to co-edit this issue of Canadian Audiologist. Ed was a PhD student of Dick Salvi and is now an associate professor at The University of Texas at Dallas (where coincidentally Dick was once on faculty). Trained as a hearing scientist and audiologist, Ed began his work on hearing at the University at Buffalo as a PhD student in Dick’s lab at the Center for Hearing and Deafness. Dick was solely responsible for steering him towards an academic career in hearing and to leverage his previous work in behavioural pharmacology to address problems in hearing science. Ed’s work at Buffalo yielded grants from the American Tinnitus Association, the Tinnitus Research Initiative, and NIH. Dick and Ed have worked together on a series of important issues in hearing including perceptual deficits of selective inner hair cell loss, noise-induced hearing loss, neural correlates of tinnitus, and tinnitus pharmacotherapy. To this day they remain colleagues and friends and share a love of research, working hard and occasionally playing hard.

Personally, I recall meeting Dr. Dick Salvi when I hosted him at the 19th Seminars on Audition in Toronto where, among other things, he talked about how he needed to learn new material from scratch, even after obtaining his PhD. This included biochemistry, and from a number of his publications, obviously, more about genetics than I ever knew. Dick was one of only three people that I considered doing my PhD with; the others being Richard Seewald and Robyn Cox. Clearly, Dick is in good company!

From the Seminars on Audition brochure (March 6, 2004) “Dr. Richard Salvi, Professor of Communicative Disorders & Sciences and Director of the Hearing Research Lab at the University of Buffalo, received his PhD. in Experimental Psychology in 1975 from Syracuse University and was a post-doctoral fellow at Upstate Medical Center in Syracuse. Dr. Salvi has more than 250 publications dealing with the anatomical, physiological and perceptual deficits associated with noise-induced hearing loss, ototoxicity, and presbycusis. He was one of the first to use brain-imaging techniques to investigate the neural substrate of tinnitus and in identifying regions of the brain involved in tinnitus.” 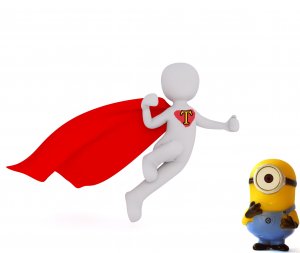 This characteristic of “continuing to learn” is something that defines what Dick Salvi is about. And what he is about, is far more than the sum total of his publications and research.

Dr. Jos Eggermont has referred to Dick as “the man who liked salicylate”– sounds like the name of a future James Bond movie, and Dick would be the superhero (or supervillain) Dr. Tinnitus. His contributions to the work of the American Tinnitus Association have been great, so I guess that “superhero” would be more appropriate than “supervillain.”

Over the years, not including book chapters, Dick and his group (certainly more than one-eyed “minions”) have generated more than 250 peer-reviewed articles that include noise trauma in animals, hair-cell regeneration, ototoxic drugs and their effect, tinnitus and salicylate papers, and of course genetics of hearing loss. And throughout his research Dick “dabbled” in auditory plasticity. Many of his minions have gone on to successful careers in their own right graduating with their PhD under Dick’s watchful and constructive eyes. 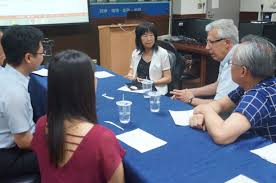 Adding to his many honours, Dick was appointed Distinguished Professor at SUNY-Buffalo. This is a special professorial level that is reserved for only a very few people in the academic world. Dick has joked that the next promotion will be to “Extinguished Professor” and we hope that does not happen for many years!

One would think that Dick is almost "all work," but that would be narrow. He manages to squeeze in time to spend with his wife Sally and family as well as his colleagues and students. Dick is also a tireless advocate for underdogs. Many of his students were rudderless vessels that just needed an encouraging word, a strong role model and a chance. Those who know Dick well, know that he is always looking for opportunities where others think none exist. Whether that involves looking at things from a different vantage point, learning something completely out of his wheelhouse, building new relationships, or investing in people, Dick has always been ahead of the curve. It is our great honor to recognize this exceptional colleague and friend.